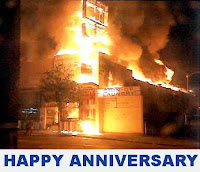 Moving forward since riots
Koreans, blacks and others march in a show of unity 15 years later.

After 15 years, she still hasn’t forgotten. How could she? At the height of the 1992 Los Angeles riots, Lee Jung-Hui’s only son, Edward, tried to protect Koreatown merchants and ended up dead after one of them mistook him for a looter and shot him.

Still, Lee, 62, has managed to forgive and move forward. On Saturday, she and her husband, Young, joined about 350 Koreans, blacks, Latinos and others in a march for unity and peace to commemorate the 15th anniversary of the riots.

“I am still heartbroken,” said Lee, her eyes welling up in tears, “but this march is important to build bridges and change things.”

The riots erupted April 29, 1992, after a predominantly white jury found four Los Angeles police officers not guilty of using excessive force in the beating of Rodney G. King, an African American. In five days of unrest, more than 50 people were killed and 1,900 injured.

Koreatown merchants suffered most of the economic damage, losing 2,000 businesses worth $400 million, according to a UCLA study.

As those dark days were recalled Saturday, talk of another traumatic event — the massacre at Virginia Tech — also surfaced, including concern that the killer, Seung-hui Cho, was a South Korean immigrant.

Marchers began their 1.4-mile walk down Wilshire Boulevard from Koreatown to MacArthur Park with a moment of silence for the Virginia Tech victims. Sylvia Han, 30, a Los Angeles singer, said she hoped Cho’s actions would not unleash a new round of violence against Koreans.

Despite progress in race relations since the riots, she said, xenophobia and racial tensions must continue to be vigilantly monitored.

“Our work is not done, but this march works wonders to say that we stand together,” Susskind added.

Many marchers said they had noticed improvements in relations between blacks and Koreans over time.

Howard Magee, 64, a retired Los Angeles entrepreneur, lost his check-cashing business on Gage and Western avenues when looters broke open his safe and took $180,000 in cash and checks during the riots. He said Korean merchants in the neighborhood are now far friendlier to him than they were at that time.

“Fifteen years ago, they would watch every move you made. I felt mistrust, like they thought I was going to rob them,” he said. “Now they greet you with a smile.”

Since the riots, many Korean Americans have worked hard to build neighborhood relations. The Korean American Grocers Assn., for instance, annually awards scholarships to about 150 non-Korean students.

After the riots, the Korean American Coalition, which sponsored Saturday’s march, began a dispute resolution center with black and Korean partners to help resolve racial conflicts. Jay Won, the coalition’s deputy director, said one case involves disagreements between a Korean market owner in San Jose and his customers, largely African Americans, over what products his store should stock.

Some progress in race relations has come naturally, the fruit of assimilation. Magee, for instance, said he was raised among mostly blacks in his native Chicago. But his son, Howard, 37, who marched alongside him Saturday, grew up in a multiracial mid-Wilshire neighborhood with a Korean American best friend who taught him how to count and say hello in Korean.

Now a Los Angeles lawyer, the younger Magee said he works and socializes with many Korean Americans. “I think of them as my friends, not as Koreans,” Magee said.

Lee said she was proud of the young people in her community who are building bridges to others in ways older immigrants like herself never could.

“We couldn’t open up because of our language barriers,” Lee said. “But now the younger generation is reaching out to the mainstream to build better lives for everyone.”
Posted by HighJive at 11:19 AM