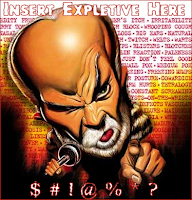 Don Imus has, thankfully, retreated from the scene. But there’s something he said in his own defense that deserves some consideration.

Imus, who crudely described the Rutgers women’s basketball team as “nappy-headed hos,” said rappers call women “worse names than I ever did.”

He and his defenders saw a double standard. Why, they asked, was he canned for uttering words that rap stars like Snoop Dogg, Eminem and Ludacris or comedians like Chris Rock, Dave Chappelle and Carlos Mencia use with impunity?

Snoop Dogg, a founding father of gangster-style rap, fired back in language not quite suitable for a family newspaper. Imus was misinformed, said Mr. Dogg. When rappers use “ho,” he said, they are referring to gold-digging schemers, not college athletes. It was a distinction many people would find, well, ludicrous.

In the aftermath of his departure, there is some welcome discussion about comedians and artists who make a living by selling violence, sex and misogyny. At James Brown’s funeral in December, Rev. Al Sharpton said the “Godfather of Soul” lamented the damage that gangster-style rappers were doing. Sharpton, quoting Brown: “What happened when we went from saying, ‘I’m black, and I’m proud’ to calling us niggers and hos and bitches? I sing people up, and now they sing people down.”

Sharpton, Rev. Jesse Jackson and numerous other black leaders have decried the sexism and violence in rap culture. Now they’re getting heard. And they’re being joined by some politicians. The pols, though, might find the tentacles of hip-hop reach further than they expect. Sen. Barack Obama called for Imus to be fired and denounced rappers who soil the world in which he is trying to raise his two daughters.

But will Obama scold David Geffen, the entertainment mogul who is one of his most prominent contributors and who owns Snoop Dogg’s record label? Will Sen. Hillary Rodham Clinton admonish rap impresario Timbaland, who recently threw a benefit for her at his Miami home that raised $800,000?

The language of rap and hip-hop can make people uncomfortable in many ways.
Posted by HighJive at 10:40 AM