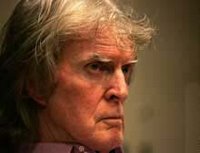 Imus shouldn’t have been fired

I know I’m plunging into dangerous waters, but I’ve got to go against the raging Don Imus tide. I think he could have been given much more time off for bad behavior but should not have received from MSNBC and CBS Radio what amounts to corporate capital punishment.

Before I go any further, let me confirm what I believe is obvious: Imus is a grumpy-butt, foul mouth, ol’ coot. Pardon the name calling, but I’m just trying to get in the “Imus in the Morning” spirit that spawned the “nappy-headed hos” riffing between Imus and Bernard McGuirk, the show’s on-air executive producer.

Imus has a three-decades-old history of spewing hateful and hurtful remarks on the air. The daddy of all shock jocks hasn’t limited his nasty remarks solely to teenage girls attending Rutgers University. He has intentionally insulted blacks, women, Jews, Arabs, Catholics and gays. A litany of his “errant comments,” as Fox Cable Network’s Neil Cavuto would describe them, is listed on Media Matters for America, the watchdog Web site that first posted Imus’ comments online. He has referred to black athletes as simians and Arabs as “towel heads.”

But there is more than sexist and racist ranting to the man Time magazine once named one of the 25 Most Influential People in America. Sometimes bad Imus lets good Imus out to do good work. For the past nine years, his Imus Cattle Ranch for Kids with Cancer has brought some measure of comfort and joy to seriously ill children regardless of race, creed or national origin. On his last day on the air, Imus was fund-raising for three charities -- two for children with cancer, one for families who have lost babies to SIDS, bringing in more than $2 million in contributions.

There’s no charitable thinking in my belief that the Reverends Jesse Jackson and Al Sharpton, the National Association of Black Journalists, the National Association for the Advancement of Colored People, Sen. Barack Obama and almost every group and individual who demanded that Imus be canned was wrong. I believe this despite similar demands from NBC heavyweight Al Roker and Bruce Gordon, a CBS director.

Imus would serve us better on the air than off. During his era of contrition last week, when he was broadcasting his mea culpas and heartfelt apologies, Imus pledged to make amends. With his head bowed and his Stetson hat in hand, he promised to trash his sexist and racial incendiary insults. He promised to have a black presence on his show daily. I saw it as a bad old dog ready to learn some new good tricks. The firing converted that opportunity to DOA. After four to six weeks off for moral reflection and rehabilitation, a new, improved “Imus in the Morning” featuring a strong-willed, sharp-tongued black woman would have worked wonders on the strait-jacketed thinking of the show’s mostly white male, mainly conservative network of listeners. Instead of McGuirk and the I-Man one-upping each other’s racist and sexist jokes, imagine “CBS Sunday Morning’s” commentator Nancy Giles, Louisville Courier Journal columnist Betty Baye or Sun-Times columnist Mary Mitchell present and ready for repartee.

We now may end up with Imus, the devil we don’t know, instead of Imus, the devil we knew. Banished from terrestrial radio, Imus is bound to end up on satellite or off in cyberspace. Like that other race-baiting shock jock, Howard Stern, Imus is a longtime friend to Mel Karmazin, CEO of Sirius Satellite Radio. There are 2.3 million I-Man listeners still out, whose appetite for his shock shtick is undiminished. Imagine what new depths the I-Man and McQuirk duo might go to on pay radio, uncensored and unchecked. Or imagine them on the Internet, where pornography is predatory. Next year, Wi-Max -- wide-area wireless access -- will make the Internet available everywhere, including in automobiles. In a new medium with a possible 100,000 streams, Imus would be a definite destination.

We could have kept an eye on Imus in mainstream media. Out there on the World Wide Web, he’s on his own.
Posted by HighJive at 12:48 PM

I am sick of this fucking guy. He pledged seven years ago on-air to never say words that would inflame minorities after yet another snafu:

In 2000, Chicago Tribune columnist Clarence Page, appearing on Imus' show, had Imus take a pledge to refrain from further racist comments. But he said he has not been invited back since.

From an Aug. 17, 2001, transcript of "All Things Considered" on National Public Radio:

BROOKE GLADSTONE: "Back in May of last year, something remarkable happened on 'Imus in the Morning.' Clarence Page, the Washington columnist for the Chicago Tribune and a regular guest on the classy part of the show, asked Imus to take a pledge."

"Page: Are you raising your hand?

"PAGE: . . . that I will promise to cease all simian references to black athletes. . .

"IMUS: . . . that I will promise to cease all simian references to black athletes. . .

"IMUS: I promise to do that.

"PAGE: Very good. How about an end to Amos and Andy cuts, comparison of New York City to Mogadishu and all parodies of black voices unless they are done by a black person, 'cause you're really not very good at it.

"IMUS: I think Bernard should be doing this. He should have his hand up.

"PAGE: Bernard, where are you?

"GLADSTONE: The pledge was inevitably and immediately broken. But for Page, that wasn't the point. The point was to make his position clear. He liked being on the serious part of 'Imus in the Morning,' but he didn't want his presence to imply endorsement of the outrages committed in the other part.

"PAGE: I personally feel that I, and other pundits, should not go on if we have serious objections to some of the show's material, unless Don does give us the opportunity to address those concerns, as he did with me. Now why I haven't been invited on the show since, I don't know. I haven't troubled myself to call and ask."

Page said Friday he still had not been invited back and that "it still aggravates me that Bernard in particular is still as callous as he is. I don't think he's a bad guy, same thing with Don." But Page said it aggravated him when criticism of Imus is attributed to "political correctness. It's just plain old good manners," Page told Journal-isms.


Why do those who defend him frame the conversation in the context of the man's career? Yes, his work for kids with cancer is good. Yes, bringing the issue of mercury in vaccines to light is good.

The context shouldn't be the man and his career–it should be the man’s specific comments in this case and his intended targets. That's the only thing that matters. Because if you are going to frame it in the context of what came before? Then this guy shoulda been gone long ago.

Otherwise, this is like saying about the serial killer living next door: “Oh, he was always such a nice guy. He would never do anything like that.”

Well fuck me. Let’s just release him then because we got the wrong guy. He was always nice. Guess the bodies out back must have been planted.