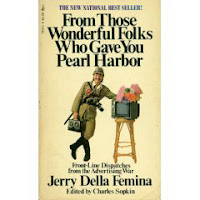 The editorial below appeared at Adweek.com. A MultiCultClassics response immediately follows…

This past Monday morning, for the first time in 26 years, I was forced to speak to and listen to my wife, the beautiful Judy Licht. It wasn’t so bad, but frankly, I miss Imus.

Imus, I feel strongly, was the victim of a business lynching sparked and spurred on by those two arbiters of racial tolerance and harmony, Jesse Jackson and Al Sharpton. The reverends, so-called men of God, don’t believe in forgiveness—unless you make a hefty contribution to Jackson’s Rainbow Coalition and God knows what Sharpton calls his deal.

Let’s first remember that Imus made a stupid and cruel statement about the Rutgers women’s basketball team. They forgave him. They are fine young women and are miles ahead of so many of their opportunistic “protectors.”

So here’s why I think that when the smoke clears, Imus deserves the thanks of many of the people who insisted that his four-second lapse in taste and judgment was the worst thing they had ever heard and pressured Imus’s gutless broadcasting bosses to fire him.

But to do that, this fine family publication must print a piece of disgusting filth, a song titled “Come and Get Me,” written and performed by a rapper called Timbaland, that demeans African-American men and women. These are lyrics that almost every kid has been exposed to. I know it’s on my own kids’ iPods:

“Nigga your time is up, I ain’t come to kid you

I knew you niggas was dumb, but how dumb is you

Thinkin you can see the king, when you unofficial

I’m a ride or die nigga, I be tearin shit up

We ain’t like them other fools, who don’t compare to us

All the hoes love a nigga, they be backing it up

But me I love money I be stacking it up”

OK, so Timbaland is no Cole Porter or Tony Bennett. So why did Imus do his detractors such a big favor? Apparently, until this incident, none of them had ever heard rap lyrics like these. I Googled everything I could find on rap and Sharpton and I Googled everything Jackson has said on rap and this is what I found out: They have never said a single word against lyrics like these and the terrible way they depict African-Americans.

Sharpton, while condemning the violence surrounding the rap industry, made it quite clear that it was “not about the lyrics.” In fact, he once said that rap music empowered young African-Americans. Today, with Imus’s scalp on his belt, he is now doing his “Mr. Bluster” act about the lyrics.

Then there is Hillary Clinton, who said that Imus had to be fired for saying “ho.” Hillary recently was the recipient of a big-money Florida fundraiser at the home of producer and rapper Timothy Z. Mosley, a.k.a. Timbaland.

Let’s pause in the reading of this column. I will wait while you readers go back and read the words of Hillary’s benefactor. Naturally, when she talks to those wonderful women from Rutgers (a planned visit rescheduled as of press time) who found it in their heart to forgive Imus, I expect Hillary, using that African-American voice that she developed when she made her Selma speech a few months ago, will tell the women that she is going to return her campaign contribution from Timbaland. Fat chance.

Meanwhile, after years of listening to, but apparently not hearing, rap lyrics, Sharpton and Jackson—alerted by Imus’s three career-destroying words—are threatening to cash in on … er … er … investigate the rap music industry. Get thee to the bank, Sony and all you other rap music companies. I smell a big contribution to the Rainbow Coalition.

Last week, there was coverage of the Imus incident on Dateline. There, NBC News president Steve Capus, a man who has no chance of ever being in the world’s thinnest book, Profiles in Broadcasting Courage, was giving us jazz on why he fired Imus. He actually had the chutzpah to say one reason was he listened to his advertisers, who represent the people of America.

Capus, with his sanctimonious claptrap, has had Imus on his television station for a few years and he’s seen Imus go over the line many times. It was OK until Sharpton jumped in. Then Capus cut and ran. Advertisers leave at the first sign of pressure. It’s their money. But all Capus should know is soon after one advertiser leaves, their competition, sensing an opportunity, jumps in and takes their place.

This is from a story in the Sunday New York Times on April 15: When the American Family Association, a conservative Christian group, pressured the Ford Motor Company not to advertise Land Rover and Jaguar in gay publications like The Advocate, Ford folded. So who’s taking its place? General Motors.

Imus will be back, and NBC’s and CBS’s competitors will benefit. He will be fine.

As for the losers? Well, for now the divorce rate will go up because a few of those millions of us who are left talking to our spouses in the morning will decide to leave home or, at the very least, buy a satellite radio.

And the biggest loser was singer Don Ho, who couldn’t take the pressure of having Imus’s first name and having been called “Ho” all of his life—he died last week.

Sadly, Della Femina offers more proof of the cultural cluelessness so prevalent in the advertising industry.

The Imus-fueled debates have gone way beyond annoying. Better people than us have already countered the uninformed ravings of this stereotypical Angry Old White Adman.

Second, why do so many White people think the Rutgers team’s acceptance of Imus’ apology means everything is hunky-dory? While the team was the direct target of Imus’ vile talk, they were not the sole casualties. Yo, Jerry, your favorite radio host’s slur created collateral damage for everyone. Including you.

Third, the gist of Della Femina’s rap music viewpoint has already been broadcast, seemingly a zillion times by a gazillion folks. It’s pathetic to see this adman—who fancies himself an innovative visionary—presenting the same contrived perspective. But we’ll bet he enjoyed typing the litany of N-words. Plus, his facts are wrong. Jackson and Sharpton have criticized hip hop. Ironically, the fight has gained incredible momentum thanks to Imus. If Della Femina wants to see people who have done absolutely zilch regarding rap controversies, he need simply gaze in the mirror. Or across the boardroom table at his advertising buddies.

Fourth, the reality that new advertisers will replace the ones who abandoned Imus hardly invalidates the shock jock’s firing. As Della Femina gleefully predicts, “Imus will be back… He will be fine.” Too bad the experience probably won’t be a source of introspection and enlightenment for Imus or Della Femina.

Fifth, the closing “ho” jokes are tired too. Hell, this very blog already rolled out a few of them. Get up to speed, Jerry. And if you can’t comprehend the difference between Santa Claus and Imus—or rappers and Imus—well, fuck you.

Finally, it’s important to note Della Femina wrote a book whose title was allegedly inspired by a brainstorming meeting for the client Panasonic: From Those Wonderful Folks Who Gave You Pearl Harbor.

It’s clear Della Femina has made little progress with cultural sensitivity over the past 35+ years. The big question is, does the man continue to represent the biased behavior on Madison Avenue?
Posted by HighJive at 7:56 AM

"And if you can’t comprehend the difference between Santa Claus and Imus—or rappers and Imus—well, fuck you."