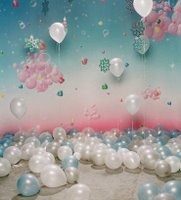 Changing times in a MultiCultClassics Monologue…

• In Ashburn, Georgia, high school students will break from tradition for the annual prom — by holding an integrated event. In the past, Black students and White students held separate festivities. “Everybody says that’s just how it’s always been. It’s just the way of this very small town,” said one student. “But it’s time for a change.” Hey, Don Imus is available to DJ the gala.

• Don Imus called his two-week suspension appropriate, but insisted, “I am not a racist.” During his daily broadcast, the radio personality declared, “What I did was make a stupid, idiotic mistake in a comedy context.” Well, if he’s stupid and idiotic, how can he be certain he’s not a racist?

• A new study showed a dramatic rise in Americans who are morbidly obese — at least 100 pounds overweight. In 2005, 6.8 million adults were morbidly obese (versus 4.2 million in 2000). “It is an emergency because the disability, the discrimination and the health care costs for this population are enormous,” said a researcher involved with the study. Don Imus probably remarked, “That’s a lot of fat, nappy-headed hos.”
Posted by HighJive at 10:55 AM