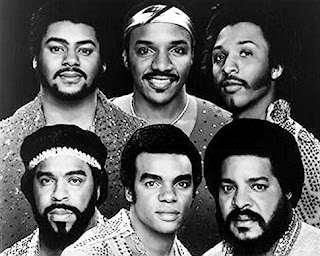 Marvin Isley, whose muscular bass lines propelled the hits of his classic sibling band The Isley Brothers, died Monday in Chicago at age 56.

The cause of death has not yet been announced, though Isley suffered from diabetes severe enough to have caused him to leave the band in 1997. Later, his condition led to the amputation of both legs.

Isley will be remembered for the resilience and power of his bass work, which, for one thing, formed a crucial hook in the undulating ‘70s hit “Fight The Power.” The bassist also played on the smash “Who’s That Lady,” as well as on prominent songs like “For The Love Of You” and “Harvest For The World.”

Isley, who grew up in Englewood, New Jersey, wasn’t old enough to join the first incarnation of the Isley Brothers, who have a history snaking back to the mid-’50s and who scored hits in the ‘60s like 1966’s “This Old Heart Of Mine” and the funky, 1969 track “It’s Your Thing.” By the late ‘60s, while still of high school age, Isley formed a trio with older brother Ernie and brother-in-law Chris Jasper. By the dawn of the ‘70s, those three pacted with the other Members of the group to create the classic “3+3” album, which went Top Ten in 1973.

In 1984, the Isleys fractured again. The original group continued to perform under their brand name while Marvin, Ernie, and Chris became Isley-Jasper-Isley. With that group, Marvin scored a No. 1 R&B single with “Caravan of Love.”

For the ‘90s, Marvin once again became an Isley Brother. But by ‘97s, his illness forced him to quit.

In 1992, he was inducted, along with the other key Isley Brothers, into the Rock ‘n Roll Hall of Fame.

His bass made those hits. I put a snippet of one up on my blog on Friday.

And surprisingly, this article made no mention of the fact that Hendrix did a brief stint in the group.