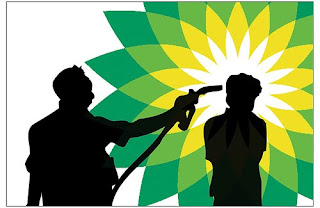 An ‘anti-Brit’ eruption?
Let’s all be beastly to the Brits

After President Barack Obama suggested the firing of the CEO of BP and talked about his desire to get the facts “so I know whose ass to kick,” people in Britain detected a foul whiff of unwarranted animus toward them.

A member of the House of Lords denounced this “crude, bigoted, xenophobic display of partisan, political presidential petulance.” The mayor of London objected to the “anti-British rhetoric.” Prime Minister David Cameron has come under attack for not hitting back at the president.

Oh, please. Obama words weren’t genteel, but they also weren’t anti-British. It’s not as if he vilified Tony Hayward as “a tea-swilling, monarch-worshipping soccer hooligan spawned by a defunct empire whose highest contribution to cuisine is something called “toad in the hole.”

No, the way we calibrate indignation, Obama was restrained. Imagine an America in which there really was an eruption of bitter anti-British fury in the wake of the Gulf oil spill. Imagine defiant gestures from Maine to Hawaii:

• American women boycotting Burberry and sending their plaid scarves and umbrellas to Louisiana to be used sopping up oil.

• State legislatures moving ahead with legislation to ban English and make Spanish the official national language.

To hear the Brits’ tender gasps at Obama’s testy words, you’d think the BP spill had unleashed a rage that has simmered ever since the lobsterbacks torched the White House in the War of 1812. Truth is, most of today’s Americans are less perturbed about that infamous blow to Anglo-American relations than they are about the arrival of Simon Cowell.

The British think Obama has been too rough on them? They’re lucky he hasn’t dumped a shipload of Tang in the English Channel to give them a taste of their own medicine.

As Americans, we know we owe more than a few things to our British cousins, such as democracy and Monty Python. Jane Austen, too. We’re grateful.

We may even forget that BP originally stood for British Petroleum, once the company has paid for all the damage it caused.
Posted by HighJive at 3:06 PM