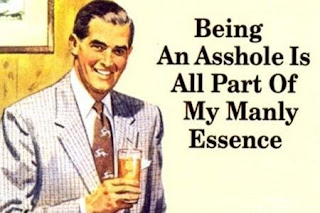 Advertising Age presented another fluff piece spotlighting one more AAF A-hole. Now the organization “wants to be the public face” of the industry. Brainstorming includes launching a reality TV series. Whose version of reality has yet to be determined. AAF President James Datri hopes to feature the “bright, young, diverse, talented kids that represent the very best of advertising and its future.” Which should contrast nicely with the dull, old, White, mediocre adults who represent the very worst majority of Madison Avenue and its past and present. Datri’s résumé includes lobbyist, lawyer and ad wonk—making him a perfect example of the field’s honest-to-goodness, true, authentic, unfiltered reality.

ORLANDO -- The American Advertising Federation wants to be the public face of advertising and among its initiatives to accomplish this goal is exploring a reality TV show to showcase young ad people.

James Datri, president of AAF, believes advertising suffers because it doesn’t have a public face (unlike doctors or lawyers) and if the industry doesn’t present such a face others will “fill in for us.” And whether it’s consumer decisions or public policy and regulation, it’s a lot easier to legislate against the industry without a public persona, Mr. Datri said.

Mr. Datri said AAF is also starting an online hub for members to seek answers to questions they have about careers and ad practices.

Engage the public
Stage two, Mr. Datri said, is to engage the public by showcasing the “bright, young, diverse, talented kids that represent the very best of advertising and its future.”

In this regard, the AAF is in “very serious concrete talks” with a producer willing to commit major resources to a reality TV show based on how young ad students put together ad campaigns for the National Student Advertising Competition. (This year’s NSAC for State Farm Insurance was won by Chapman University in Orange, Cal.) Several networks, Mr. Datri said, have shown interest in the project. Ad Age first reported on that project in May 2009.

To make the public face of advertising more visible AAF also wants to give the Advertising Hall of Fame a brick-and-mortar presence in New York City.

Shot at change
Mr. Datri’s career encompasses jobs and professions that are low in the respect quotient—lobbyist, lawyer and now advertising. But he thinks advertising has a good shot at a change for the better.

“I think we’re at a time when public trust and belief in industry and government is at a real low point. This is a chance for us to not just be a leader of the advertising industry but a leader amongst industries. We want to play a broader role, and we can accomplish this. I know we can achieve it, I know we can make a difference,” Mr. Datri said.

Also announced at the event: The American Advertising Federation and Security Point Media are collaborating on an ad contest to assure tourists that Florida is open for business. Security Point is donating ad messages on the bottom of security bins in airports across the country for the winning entries of a contest to publicize that oil gushing in the Gulf of Mexico isn’t affecting vacations in Florida. Creator of the first place poster gets $1,000. Second place is $750 and third receives $500. Security Point has bins in 22 airports and expects to add ten more by the end of the year. Microsoft, Sun, Honda, Zappos and Schwab are among Security’s major advertisers.

UPDATE: This story has been updated to reflect the nature of the talks regarding the reality TV show and report the AAF-Security Point collaboration.
Posted by HighJive at 8:02 PM

The class action lawsuit is headed quickly their way. But unlike the BP spill their no real way to clean it up. Its gonna make everyone at every agency even if their not involved in the cronyism, lies, secrecy, discrimination, become exposed and have to answer to decades of wrong doing.You cant put lipstick on a pig.