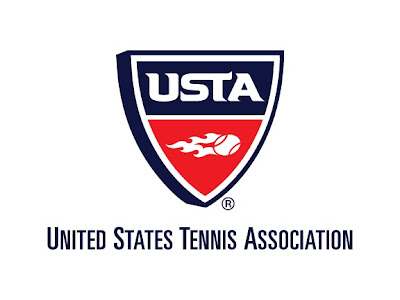 Advertising Age reported mcgarrybowen and DDB landed the U.S. Tennis Association account. Seems like a perfect match, as the new partners all talk about diversity while failing to actually demonstrate commitment to the concept.

MGB Will Work on Promoting the U.S. Open, While DDB Will Handle USTA Brand

McGarryBowen’s Chicago office and DDB’s New York office have been hired by the U.S. Tennis Association to handle marketing after a review, Ad Age has learned.

Interpublic Group of Cos.’ Martin Agency had the account since 2009, but chose not to defend the business when it went into review. There was no consultant overseeing the process. “We enjoyed our three-year relationship as USTA’s agency of record. It’s been a great partnership and we wish them the best,” said Chris Mumford, exec VP-director of account management at Martin.

McGarryBowen will work on promoting the U.S. Open series of tournaments, while DDB will handle the USTA brand, focusing on marketing efforts towards recreational play, rebranding USTA and “ branding what the USTA means, brand promise and launching a tagline,” said Sue Hunt, CMO of USTA. As for why the USTA awarded the assignments to two separate agencies, Ms. Hunt said that “we consider these brands to be very, very different.”

The shift to McGarryBowen—which is owned by Dentsu and is in the process of building a global network to expand the U.S. agency brand further into Europe and into Asia—comes as the USTA wants to find new fans, and to do so, it might need to increasingly look abroad.

A recent NPR report noted that the sport has been losing fans at its live tournaments in the U.S. in part because of the recession, while players are being lured by the prospects of making more money in global markets.

In addition to promoting the U.S. open, Dentsu-owned McGarryBowen will be charged with promoting the Emirates Airlines U.S. Open Series of tournaments, as well as increasing the fan base. In recent years, the USTA had moved more marketing dollars into a campaign that was geared toward recruiting kids under 10 to tennis. In 2011, when the campaign launched, the spending on it accounted for nearly half of the USTA ad budget, nearly all of which had typically been used to the U.S. Open and the then-named Olympus U.S. Open series.

According to people familiar with the matter, the budget is between $15 million and $20 million annually. The new account is welcome news for Windy City outpost of McGarryBowen, which is attempting to bounce back after the loss this past summer of the Bud Light account to Translation in New York. It also picked up the Blue Cross Blue Shield account in October.

Despite it being a white sport and white clients and agencies. I never understood the purpose of black agencies. If they know they are receiving crumbs and will never -*ever* reach AOR status, why the f*#k do they continue to run the hamster wheel of death?

AOR is reserved for white agencies aka GM agencies, so complaining about them winning an account is pointless as asking why the sun rises in the morning. If not them, then who?
Their not gonna give the account to a black agency. Thats not a possibility. If they really want to change things go after the holding companies and the agencies under them, if not call out the diversity officers of these agencies and demand a change. Oh shoot scratch that, all the diversity officers are black. How clever, back to square 1.