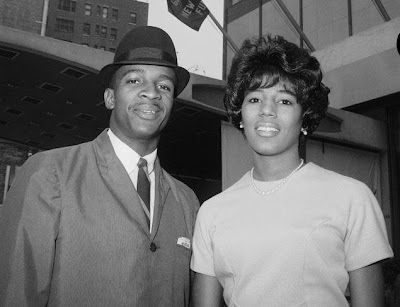 James Hood was one of the first African American students to enroll at the University of Alabama. Hood, a man of courage and conviction who challenged racial segregation, died on Thursday.

MONTGOMERY, Ala. — One of the first black students who enrolled at the University of Alabama a half century ago in defiance of racial segregation has died. James Hood of Gadsden was 70.

Officials at Adams-Buggs Funeral Home in Gadsden said they are handling arrangements for Hood, who died Thursday.

Then-Alabama Gov. George Wallace made his infamous “stand in the schoolhouse door” in a failed effort to prevent Hood and Vivian Malone from registering for classes at the university in 1963.

Hood and Malone were accompanied by Deputy U.S. Attorney General Nicholas Katzenbach when they were confronted by Wallace as they attempted to enter the university’s Foster Auditorium to register for classes and pay fees.

Wallace backed down later that day and Hood and Malone registered for classes.

UA President Judy Bonner remembered Hood as a man of “courage and conviction” for being one of the first black students to enroll at the university.

“His connection to the university continued decades later when he returned to UA to earn his doctorate in 1997. He was a valued member of The University of Alabama community, and he will be missed. Our thoughts and prayers are with his family during this difficult time,” Bonner said.

Hood was the last survivor among the major figures in the schoolhouse door incident. Wallace died in 1998, Vivian Malone Jones in 2005 and Katzenbach last year.

After enrolling, Hood remained at UA for a few months and moved to Michigan, where he received a bachelor’s degree from Wayne State University and a master’s degree from Michigan State. He later moved to Wisconsin, where he worked at the Madison Area Technical College for 26 years. He retired in 2002 as chairman of public safety services in charge of police and fire training.

He finally returned to UA later in life to earn his doctorate.

Culpepper Clark, author of “The Schoolhouse Door: Segregation’s Last Stand at the University of Alabama,” called the schoolhouse door incident “an iconic moment” in the Civil Rights Movement because it provided a confrontation between Wallace and the Kennedy administration. He said the incident was “symbolically important” and helped lead to passage of the Voting Rights Act.

Clark described Hood as a man with a lot of “intellectual energy” who understood the importance of what he did at the University of Alabama in 1963.

”He didn’t try to make it into more than what it was,” Clark said.

The Rev. Preston Nix grew up in Etowah County and said he knew of Hood, who was several years older than he.

Nix said it took a lot of courage for Hood to challenge the segregation at the University of Alabama in 1963.

Nix said he felt Hood did what he did partly to “pave the way” for others to be able to improve themselves and get a higher education and partly because he wanted to attend the University of Alabama.