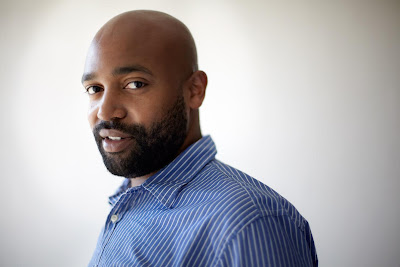 Marcus Graham Project Executive Director and Co-Founder Lincoln Stephens—who was named among Ad Age’s 40 Under 40—published a perspective titled, “How to Solve Adland’s Diversity Problem.” The column’s subtitle reads, “Practical Tips for Everyone Concerned About Ad Industry’s Diversity Problem.” Therein lies the true problem; that is, everyone is not concerned about diversity. Regardless, Stephens presents straightforward solutions that will likely be ignored by the majority—especially the ruling majority—on Madison Avenue.

How to Solve Adland’s Diversity Problem

Practical Tips for Everyone Concerned About Ad Industry’s Diversity Problem

In 1963, the Urban League of Greater New York (now known as the New York Urban League) released a report on a three-year study of the city’s largest advertising agencies to learn how many African-Americans they employed. That same year, the New York City Commission on Human Rights hosted a discussion titled “What are agencies doing about equal job opportunity, and can they do more?”

Fast forward to 2013, exactly 50 years later, and we find ourselves asking the exact same question.

Fifteen percent of those employed in the advertising industry are people of color, while our country’s minority population is 37%.

And it’s not only African-Americans. In fact, the Hispanic/Latino demographic, our country’s fastest-growing minority group, represents 16.7% of our country, but makes up a mere 5.3% of those employed in the advertising industry.

The numbers add up yet they just don’t quite “add up.” According to October employment data, more than 12 million Americans were without jobs, but there are at least 68 jobs at two companies in one industry that are “hard to fill”?

This is a conversation that we need to have. But it’s not an easy one. It is a sore spot for people on both sides of the issue. There is the community at large and the talent pool that is looking to break in and ascend to leadership ranks in the industry. Then there are the employers who should be—and I believe are—interested in making their workplaces more diverse.

But they’re two sides of one coin, and there are things that both can do to facilitate not just conversation about an extremely sensitive subject, but actual change.

Here are some practical tips for each.

Heads: The Community Side

1. Discover the needs of the open jobs and ensure that you meet them, particularly in an industry begging for more appreciation of true “craft” as well as one that is rapidly changing in the digital space.

2. Make this issue a national discussion. This should truly be viewed as a crisis, and must be responded to as such. There is power in your voice as consumers, as well. Demand that the brands that you spend your money on ask their agency partners to take a closer look at their workforces as well as those of the vendors they employ.

3. Share more information with your children, siblings, cousins and grandkids. Tell them that advertising is a valid career option for them, and start them down the career path earlier. Don’t wait for the industry to come to you—go to it. Create a demand for more knowledge and exposure to be shared at your school, college, churches, fraternal and community organization meetings.

4. Stop using language such as: “They won’t let me break in.” Don’t wait to let someone let you in. Improve your skills and make yourself over-employable to the point that you are wanted everywhere.

Recently I heard Perry Fair, president and chief creative officer of JWT Atlanta, discuss his career path. For him, it was about working his hardest and being the best everywhere that he went. Obviously this has paid off for him. (Pause: Let’s reflect on the fact that Perry Fair is only the second African-American to lead a major general-market agency. Ok, resume discussion.)

Tails: The Industry Side

1. You also must stop using certain language. “They are just not interested in our industry.” With the collective power that you have in media expenditure, a national footprint of agency talent and brand ambassadors and award-winning creativity, you can create a national campaign that effectively shares career opportunities with underrepresented communities. Part of the talent issue is because of exposure.

2. Don’t just hire your friends and your clients’ kids. Now, let’s not pretend that this does not happen.

Several agencies that we’ve spoken with have instituted a “Rooney Rule” of sorts. The Rooney Rule, for those unfamiliar with it, is one in which NFL teams must interview minority candidates for all head-coaching positions.

3. Re-examine your budgets and find ways to increase support organizations that are effective in talent development. This part is not a “diversity issue” as much as it is a talent issue, so the investment in this should not be limited to the often minuscule “diversity budget.”

4. Be serious about your commitment and make it a No. 1 priority for 2013. Ensure that from the top down that it is seen as a focus instead of lip service or a “nice to have.” It should be a business imperative.

Now, to both sides of the coin. You all need to talk to one another more and find solutions to this issue together.

There is not one solution. There are several. The issue is extremely complex, but the need is too strong to not press forward. It will take every agency, every trade association, every trade and news-media vehicle, every teacher, and every parent working together.

Many of the above solutions may not be new.

But for myself, what is new is an inspired commitment toward creating effective solutions, partnering more efficiently (without fighting for budget), and elevating the now 50-year-old conversation to a level that won’t have some people scowling at the word diversity.

It will take the recollection of our past, as well as the forward promise of our future, to close the gap between diversity in America and diversity in advertising.

No! That is not what it will take to end the reign of the "Men in the Grey Flannel Sheets." Have no fear, "Cotton" will come to drive the Mad Men Mad. LOL Sanford Moore