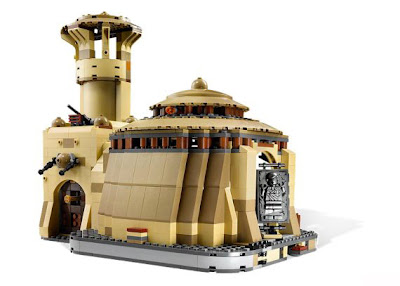 Some Turkish leaders are offended by a Lego Star Wars set, claiming it resembles a famous mosque.

The Turkish Cultural Community of Austria said in a statement that a Lego set of Jabba’s Palace from the Star Wars series is racist because it appears to closely resemble the Hagia Sophia (formerly a mosque) in Istanbul, the Jami al-Kabir mosque in Beirut and a minaret and therefore reinforces negative stereotypes about the Middle East, according to the Austrian Times. The statement threatened legal action against Lego if it does not withdraw the toys.

“The terrorist Jabba the Hutt likes to smoke a hookah and have his victims killed,” a statement on their website reads, according to the Telegraph. The statement also claims that the characters look sinister and do evil things, such as keep slaves and commit murder.

Lego denies the charges. “The Lego Star Wars product Jabba’s Palace does not reflect any actually existing buildings, people, or the mentioned mosque,” Katharina Sasse, a spokesperson for Lego, told the Telegraph.

Star Wars has been accused of racism before. Some claimed that George Lucas’ 1999 movie Star Wars: The Phantom Menace was racist because some of its villains seemed to reinforce Asian stereotypes.

Jabba the Hutt, for the uninitiated, is one of Star Wars’ villains. He kept Han Solo frozen, tried to kill Luke Skywalker and, for a time, kept Princess Leia as his slave (fans will never forget her gold bikini). Luke and his allies ultimately freed Han Solo and Princess Leia and killed Jabba and his minions.