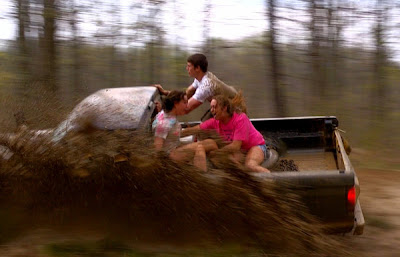 Feeling Dragged Through the Mud, as MTV Comes to West Virginia

CHARLESTON, W.Va. — Even though it has yet to be broadcast, a reality TV series set in this corner of Appalachia has created a stir for its portrait of young people prone to fighting, swearing, careening in all-terrain vehicles and wallowing, scantily clad, in the mud.

The series, “Buckwild,” will fill the MTV slot vacated by “Jersey Shore.” Like that series, the new show has aroused anger over what some consider the exploitation of broad cultural stereotypes.

“It doesn’t help the lousy reputation we already have,” said Greg Samms, 31, a dishwasher on a break at the Charleston Town Center mall. “You go west of Ohio, west of Kentucky — people think we’re hillbillies.”

Kent Carper, the president of the Kanawha County Commission here, said dryly, “Some folks in West Virginia wear shoes, believe it or not.”

Based on a two-minute trailer that MTV has released online, Senator Joe Manchin III, Democrat of West Virginia, labeled the show a “travesty” and called on MTV to cancel it. “This show plays to ugly, inaccurate stereotypes about the people of West Virginia,” Mr. Manchin wrote in a letter last month to Stephen K. Friedman, MTV’s president.

He accused the show’s producers of egging on a cast between ages 19 and 24 to misbehave for the sake of ratings. “You preyed on young people, coaxed them into displaying shameful behavior — and now you are profiting from it,” Mr. Manchin wrote. “That is just wrong.”

MTV declined to make Mr. Friedman available to comment, and the series is set to begin on Thursday at 10 p.m. West Virginia officials are well aware that in condemning the show they risk increasing its chances of gaining viewers.

“Jersey Shore” was also attacked for perpetuating stereotypes — in its case, of Italian-Americans — when it began in 2009. Gov. Chris Christie, Republican of New Jersey, blocked a tax credit the producers sought.