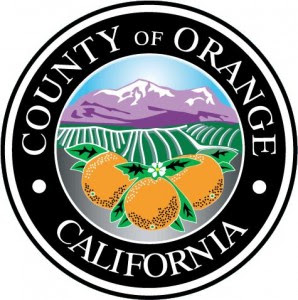 Blacks share their painful stories of bias in Orange County

Residents tell of experiences both blatant and more subtle: a family forced to move out after attacks and racial taunts, police who stop motorists on flimsy grounds, children who endure ostracism.

It was a reign of terror that reeked of rednecks and white hoods.

Tires were slashed, rocks hurled through windows and acid pellets fired at the car of a black family, who finally fled their neighborhood in November after months of attacks and racial taunts.

They were the sort of family you might like to have as neighbors: The husband and wife are law enforcement officers; they have two well-mannered sons.

And the Orange County city of Yorba Linda is the sort you might like to live in, where the median income is $115,000 a year and almost half the adults have college degrees.

That’s what made the episode so outrageous — but not, it turns out, an anomaly.

Rusty Kennedy tracks hate crimes as head of Orange County’s Human Relations Commission. Black people make up only 2% of the county’s residents, “but they are the most frequently targeted victims, year after year after year,” he said.

“There are stories like what we imagine would be [taking place] in the Deep South,” he said. “Many of our black families in Orange County are suffering.”

They may not all have their tires slashed, but they live with more subtle forms of discrimination that can, over time, hurt just as much.

The account of the Yorba Linda family hints at that hidden reality. That case hadn’t shown up on the hate crime list because police treated it as mere vandalism.

“There are two perspectives of what happens to African American families in Orange County,” said Kennedy. “What they perceive and what others think.”

The commission wanted to hear those perceptions first-hand, so planned a series of “listening sessions” in several communities.

The first was hosted last month by Orange County’s largest black congregation, Christ Our Redeemer AME, which meets in a rented hall in an Irvine industrial park. There was lots of talk from dignitaries — preachers, law enforcement officers, community leaders — about teaching tolerance, seeking justice, advocating for change.

Then the 200 or so black people formed small circles and shared stories of insult, indignation and pain.

Many involved problems with police: Betty’s grandson was arrested for skateboarding in an empty parking lot. Ulysses was spread-eagled across the hood of his car on his way home from work at juvenile hall. A fellow new to Brea was stopped near his home by an officer who said “I haven’t seen you around here before.”

Jona Knight-Hall said she was pulled over three times in 2007 in her new Mercedes. “It was always something like ‘Your passenger isn’t wearing her seat belt properly.’ “ She seldom got stopped in her old car. “But you can’t risk driving an expensive car. People look at you like ‘What is she doing with that?’”

“I felt completely helpless,” she said. She tried to file a complaint, alleging racial profiling. “But you can’t do anything about it, because people pretend that it’s all in your mind.”