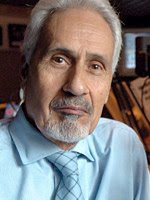 For 40 years Sanford Moore has been an advocate for racial parity on Madison Avenue, particularly for African-Americans. He’s been a thorn in the side of the agency structure, a chief cheerleader of government attempts to intervene and a critic of other African-Americans whose methods he doesn’t agree with.

He started out at BBDO in 1969, and left the agency two years later to establish his own consulting firm, which specialized in ethnic marketing. In the late 1970s, he had a stint at Lockhart & Pettus, a black advertising agency. As an independent consultant in the three decades since, Mr. Moore’s interest in civil rights has led him to work with Cesar Chavez and the United Farm Workers, as well as Walter Fauntroy and Nelson Mandela’s African National Congress. His lobbying for African- Americans on Madison Avenue laid the groundwork for the Madison Avenue Project, a class-action lawsuit led by Cyrus Mehri and the NAACP. For the past 14 years, he has been a panelist on the KISS-FM radio show, “Week in Review” (where his radio personality is known as Charles W. Etheridge III).

Ad Age: How did the Madison Avenue Project come about?
Mr. Moore: I was introduced to Cyrus Mehri, and I presented the case and supporting documentation. He saw the injustice of the situation and agreed to undertake the effort.

One of the things that Cyrus does in his settlements is that he puts in place certain ongoing mechanisms that monitor where there’s accountability from the top down to change the corporate culture from discrimination and exclusion. I’m not going to be here forever and unfortunately, if I hadn’t gotten this done, Mad Ave would have gotten away scot-free.

Ad Age: What motivates you to take on the industry?
Mr. Moore: I’ve never liked bullies and I don’t like mendacity and obfuscation. Madison Avenue is like a plantation where the slave owners, the heads of the holding companies, benefit from the labor and the profits generated by the slaves and sharecroppers. I’m not finished with them yet! Before it’s over, Madison Avenue will pay the price for its historical discrimination.

Were it not for black consumer spending, many of the icons of the American marketplace would not enjoy the advantages and profits that they do. Black consumers are the profit margin for many of Madison Avenue’s clients, yet Madison Avenue refuses to acknowledge and give the correct value and importance that these consumers play to the overall success of their clients.

Ad Age: You’ve called chief diversity officers “pimps.” Why?
Mr. Moore: Let’s call them diversity parasites. They do nothing to help. If they do any good, where are the black executives in the organizations that they’re hired to? Besides themselves, who else is there?

The diversity officers, I mean they’re window dressing. They don’t have power, they can’t hire. But it’s not just diversity officers. It’s lawyers and diversity consultants and people that feed off of the exclusion to black people. It’s like blood diamonds. These people profit off of the blood that black people have spent trying to break into and achieve success on Madison Avenue. They do nothing to help. They just get paid to run interference, to create meaningless dialogue.

Ad Age: What are you doing these days?
Mr. Moore: I collaborate with the Madison Avenue Project in developing the case. I also bring these issues to the public attention via the radio show that I do. I continue to advocate on behalf of African-Americans and their media with bodies like the New York City Council and also work to bringing this case before other governmental and regulatory bodies.

Ad Age: What keeps you going?
Mr. Moore: I do these things by myself. Nobody pays me. I don’t ask for money. I’m not looking for a job. I’m only interested in the agencies and their clients doing the right thing. I’m interested in black institutions and black people getting parity for the economic contributions they make in terms of their consumer spending. I want to see them get their fair share.
Posted by HighJive at 5:18 PM

Mr. Sanford is the bravest and most honest man in NY.

Agree with coolmikeperry. Mr. Sandford is brave and courageous.