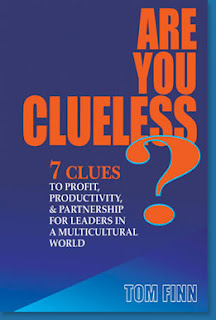 Question: During my gazillion decades in the business, I have never witnessed a single instance of racism. People are hired for their talent. Period. How can you possibly accuse me of being a racist?

Answer: On Madison Avenue, racism is such a polarizing concept. And it seems as if calling someone a racist is the offensive equivalent of using the N-word.

We could split hairs by opting for terms like exclusionary or culturally clueless. Additionally, you could read MultiCultClassics’ inaugural essay to identify the various types of bias. Some might argue the global dilemma is not race-related at all; rather, it involves outdated and limited recruitment practices. But ultimately, whether the mess is rooted in faulty processes or blissful ignorance or hardcore hatred, the end result remains the same. Everyone recognizes the dearth of diversity. Plus, liberals and bigots alike are quick to admit, “We’ve got a lot of work to do.”

So get to work. Put aside the CSI equipment and quit worrying about the causes. Stop labeling each other with nasty presumptions. Move beyond obsessing over the mistakes that got us to this place.

Focus on generating and executing solutions instead. It’s time to realize creating diversity demands, well, diversity. Everyone must collectively commit to laboring together.

Change and progress should not be so difficult to achieve. Unless, of course, you’re a stone-cold racist.

I am embarrased that the industry I work in is so clearly out of touch. Especially when i hear horseshit like "talent is all that matters."

I am a white guy, and I've worked at an agency for the past three years where most of the staff and management is multicultural. I can say that it really is a wonderful experience to work with people from "different backgrounds" and as a creative, i can say that it inspires better work.

Don’t know who that question up top was from, but that ain’t what I’ve seen. And the hiring based on talent myth has got to stop. Lotta people with talent right now looking for work.