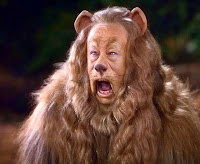 WASHINGTON — For the past eight years, the Justice Department and the Bush administration were relatively quiet on the issue of race and its place within the social fabric of America and the enforcement of civil rights and justice.

But on Wednesday, Eric Holder, newly confirmed as the nation’s first black attorney general, issued a call to action to Americans in and out of government, saying the United States is “a nation of cowards” on race relations that needs to finally—and urgently—begin confronting the issue before it polarizes the country even further.

“Though this nation has proudly thought of itself as an ethnic melting pot, in things racial we have always been and continue to be, in too many ways, essentially a nation of cowards,” Holder said in a Black History Month speech to hundreds of Justice Department employees.

“It is an issue we have never been at ease with, and given our nation’s history this is in some ways understandable,” Holder said. “And yet, if we are to make progress in this area, we must feel comfortable enough with one another, and tolerant enough of each other, to have frank conversations about the racial matters that continue to divide us.”

Civil rights activists welcomed the speech as an encouraging sign that the Justice Department under Holder and the man who appointed him, President Barack Obama, will be active on issues they said were largely neglected under President George W. Bush, such as voting rights and workplace discrimination.

Some conservatives, however, said Holder’s rhetoric was overly confrontational.

Mary Frances Berry, the former chairwoman of the U.S. Civil Rights Commission, said: “When I heard it, I called over there and told them to tell Eric that I thought it was a gutsy speech, a timely speech.”

Holder implied he plans to address issues such as race and social justice as the top law-enforcement official. Holder told his Justice Department subordinates that the nation “must do more, and we in this room bear a special responsibility.”

Joe Hicks, a black Republican and the former executive director of the Los Angeles City Human Relations Commission, called Holder’s comments incendiary and an inaccurate portrayal of a nation.

“Here’s the first black attorney general appointed by the first black American president, and he’s espousing views that appear to be almost ultraleft in their approach to race in America, that blacks are victims and whites are intolerant and accepting of quasi-racist views,” Hicks said.
Posted by HighJive at 8:43 AM