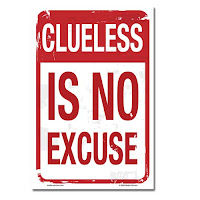 Question: Why do all the diversity discussions focus on Blacks—what about Latinos, Asians, Native Americans, People With Disabilities, Gays, Lesbians, Women, Veterans, Older Employees, Pit Bull Lovers, Mutants and The Rest Of Us?

Answer: Get in line. Unfortunately, the deeper you dig into Madison Avenue’s corporate closet, the more skeletons you’ll find. Recent years have seen work and deeds demeaning everyone listed above, including a Jewish creative director allegedly sexually harassed by a neo-Japanese warlord.

Blacks are in the spotlight for a few reasons. First, the group has been officially fighting for change since the 1930s. To understand the details, read Madison Avenue and the Color Line by Jason Chambers. The author presents a fair and frank documentation of events, showing the successes and failures to date. Additionally, the New York City Commission on Human Rights’ latest efforts have been led by New York City Councilman Larry Seabrook and activist Sanford Moore, who are strongly pushing a predominately Black agenda. Finally, attorney Cyrus Mehri is building a class-action lawsuit focused on the inequities Blacks seemingly always face in the ad game.

However, it’s important to realize the real battle is not being waged exclusively for any single group. The Bendick and Egan Economic Consultants, Inc. report stated the following:

Although this paper focuses on African Americans, the same issues of employment bias in the advertising industry simultaneously affect other “outgroups” -- race-ethnic minorities such as Latinos and Asians; women; older workers; persons with disabilities; and even White males who do not share the cultural or stylistic characteristics of the White males who dominate the industry. These other groups would benefit alongside African Americans from a reformed, inclusive advertising industry culture. This broad potential enhances the urgency of addressing the problems raised in this report -- and addressing them in effective ways.

In closing, a recent story published at AdAge.com inspired this comment:

I find a couple of things interesting. To think that addressing the evident discrimination of Blacks in advertising won’t benefit the other discriminatory issues in advertising is naïve. Nearly all of the fights for equality use the struggle of Blacks in history and especially the Civil Rights Movement as their standard. While I applaud the office of Chief Diversity Officer in its motives, I think it is a shame that any company or industry has to have someone in charge of doing what is right by people. The idea of respectful accountability should be a tenet of leadership. Instead, someone has to be paid to make sure that a company is exhausting all recruiting resources to look for the best talent, which, in my opinion, is hiring smart people (they come in all colors, genders, orientations, etc.) with a good work ethic, who never tire of learning. Someone is paid to make sure everyone is treated with respect from recruiting through their tenure with the company. It is a shame that someone has to tell my company we need to pay and promote fairly. It is a shame that the integrity in how we treat each other has to be regulated, mandated and disguised. While we may not have control of ensuring respect in society at large, I would like to think in a corporate structure that respect is such an intrinsic part of the company culture and values, that there is no need for a Chief Diversity Officer. I will go further into diversity blasphemy by stating that I would do away with the word “diversity” and all of the affinity groups having lunch and going to happy hours. My company statement would be simple: “We treat everyone with respect.” This is the plumb line for all we do. It captures every issue of diversity and beyond. It would solve the issue of this group being left out or feeling this or that. Now that this is off my chest, I understand my views are idealistic, but I also know it would work. Who will be the first to make a stand against diversity and promote true respect to the point where a Chief Diversity Officer is a position of the past?