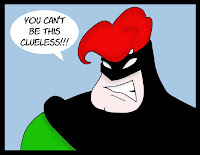 Answer: It’s always interesting—yet never surprising—to see individuals who protest injustices branded as bottom feeders. Then again, facing off with Madison Avenue on these issues does require lowering yourself to nasty depths.

Regardless, it’s important to recognize key differences between Mehri and Messrs. Jackson and Sharpton.

Despite occasional forays into advertising industry affairs, Jackson and Sharpton are ultra-outsiders. (Although rumors claim Black-owned agency executives told Jackson to back off when he offered to wage battles in the past.) While the two clearly understand things like exclusion and discrimination, they’re corporately clueless, at least when it comes to the ad agency business. In contrast, Mehri has done his homework. The Bendick and Egan Economic Consultants, Inc. report is nearly flawless in its examination of the inner dealings on Madison Avenue. The AAF and 4A’s couldn’t have produced a more factual, accurate document.

Additionally, the tactics employed by Jackson and Sharpton have possibly lost effectiveness over the years. One could argue that Jackson especially often resorted to intimidation that played on White guilt. Mehri, on the other hand, seeks to intimidate by proving Whites are guilty.

As for being opportunistic, well, let’s really consider the term. Remember, this battle has been plodding along since the 1930s. Madison Avenue has had plenty of opportunities to address matters for about 80 years. It’s not as if Mehri seized upon the moment, catching people unaware. The truth is, industry leaders have been opportunistic by perpetuating the problems via apathy and worse. Maybe we should all see this as an opportunity to create positive change.

If Mehri manages to take this drama to a courtroom, we can’t wait to learn whom Madison Avenue will call upon to defend. Even Denny Crane would take a pass on it.

racsism and bigotry has to be the best kept secret in the ad industry. Its so obvious, and at the same time disturbing that its taken a lawyer and a lawsuit to bring about change. Seriously i dont hear any execs, ecds, and cds, speaking up. All they do is hire chief diversity officers. What a damn joke. Using these officers as human shields and excuses. so even if they do win the lawsuit, the only thing w/ the advertising diversity lawsuit black people then become meaningless token hires. Regardless if they are talent or not.

Secret? Where have you been sir/ma'am? I guess it's a matter of P.O.V. I might not see if I wasn't slammed in my face daily. But this will be interesting to see how this case plays out. This should be a on a TV show. Maybe call it "You can't TRUST ME". Excellent piece of writing. Slamming post!