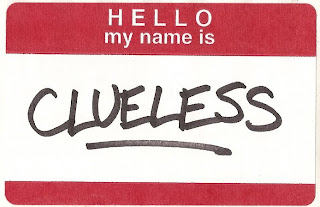 Answer: This question often arises when people try to explain the dearth of dark-skinned professionals on Madison Avenue. The rationale includes suggesting the industry’s low entry-level salaries turn off Blacks, steering them towards more lucrative fields. You know, like rap music and the NBA.

Then again, if you consider Adland’s meager starting paychecks—and combine the findings of the Bendick and Egan Economic Consultants, Inc. report that revealed Blacks in advertising receive 20 percent less loot than Whites—then a higher-paying position even awaits at Mickey D’s. Perhaps that explains everything. The majority of potential Black ad executives chose Big Macs over Big Ideas. Quick, somebody tell Messrs. Moore and Mehri they’ve made a massive mistake.

All jokes aside, the original question is akin to asking, “Which came first, the chicken with its ass plucked clean or the egg?” Did the dearth precede the discrimination or vice versa? In this case, let’s admit it’s a no-brainer. The lack of Blacks isn’t the result of alternative opportunities; but rather, unattractive opportunities on Madison Avenue rooted in exclusivity.

At this point, the industry needs to completely overhaul its traditional recruitment tactics. Don’t count on Blacks staging The Great Migration to Mad Ave. Now we must find ways to persuade the historically rejected to buy our brand of business careers.

Titanium Lions and Gold Pencils await the adfolks capable of creating such a campaign.