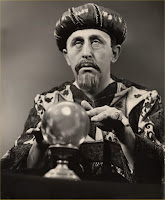 AdAge.com published the following story on the fate of ethnic advertising agencies. This topic will also be covered in the near future via Culturally Clueless FAQs. Check back soon.

Do Ethnic Shops Have a Future?
May Be Far in Distance, but Integrated Madison Ave Could Spell End for Some

NEW YORK -- No matter who is in the White House or what the lawyers ultimately accomplish, the consumer-facing side of marketing will never inhabit a post-racial world. In a realm where every differentiating factor is examined to place consumers into niches and categories, being judged by the color of one’s skin is simply a fact of life.

Behind the scenes, however, it’s a different story. That’s where the lawsuits, diversity officers and recruiters struggle to change the face of the advertising industry. And what if they succeed? Suppose some years from now general-market shops have fully integrated staffs with knowledge of every cultural and racial demographic—and reams of quality research. Will the need for agencies that specialize in ethnic marketing disappear?

“If you look at the way things are currently done, [African-American agencies] would go out of business, because we wouldn’t have anything to do,” said Eugene Morris, chairman-CEO and founder, E. Morris Communications. Since black-owned agencies are routinely passed over for general-market assignments and make their money as ethnic shops, he said, they’d have no business left. Even now, they receive disproportionately small budgets relative to the market contribution they make. “Unless that changes, how can we compete?”

Fay Ferguson, co-CEO of Burrell Communications, said she feels differently. She is convinced that as the general-market agencies become more robust and reflective of the “tanning of America,” the best of the multicultural agencies will “not just survive but thrive,” she said.

And then there are the idealists. Bill Imada, chairman-CEO of IW Group, anticipates an altogether different scenario. “I’m hoping there won’t be a need for multicultural agencies in the future. I would welcome being extinct,” he said.

Distant future
While they may differ on some points, all three agree on one thing: General-market agencies aren’t going to be all that diversified any time soon.

Mr. Imada conceded that when he first entered the business 18 years ago, he thought that general-market agencies would catch up within years. “Eighteen years later and I’m not convinced,” he said.

The fact of the matter is that diversifying the employee makeup of general-market agencies certainly does not ensure that those agencies will have the expertise or experience to do segmented ethnic marketing. For starters, they do not have the resources or appropriate leadership at the top.

What is more, said Alex Lopez Negrete, president-CEO of Lopez Negrete Communications, general-market agencies would not necessarily have the same motivations or passions for their work.

“It’s not about changing the slang, or throwing in the hip-hop,” Mr. Lopez Negrete said. “It gets a lot deeper. We’re dealing in a very different kitchen.” He said that his agency understands and cares deeply about the Latino community in a way that general-market agencies do not. What he does is not about race, it’s about culture. And this doesn’t mean that he excludes people of other cultures; Mr. Lopez Negrete supposes that around 8%-10% of his employees are non-Hispanic. What everyone at his company shares is a passion for Hispanic culture.

“It would be a welcome challenge,” he said, if those general market agencies entered his space. “For me, it’s not a threat. It’s an opportunity for us to become better by having competition to look up to and measure ourselves against,” he said.

Some multicultural agencies aspire to dominate the niche space that they are in. Mr. Lopez Negrete wanted only to serve the Latino population.

Others, like Walton/Isaacson, hope to be the “Planet’s Most Interesting Agency.” Co-founder Aaron Walton attributes his company’s success to the diversity and inclusivity within the ranks of his agency. The bulk of his business is in the general market. “We understand the differences and we celebrate the things that are common,” Mr. Walton said.

He imagines that many general-market agencies would like to tap into the multicultural space, but said that “just because you want to doesn’t mean you can.”

“It’s an easy shift for us to do general-market work. It’s a harder shift for the general marketers the other way,” said IW Group’s Mr. Imada.

Equal opportunities
But Mr. Morris disagrees, and he has noticed that increasingly, general-market agencies are taking away ethnic-specific segment assignments—on the African-American front at any rate.

“We think it is the general desire of general-market agencies to put us out of business,” he said. Recently, Mr. Morris wrote an open letter on behalf of the Association of Black-Owned Advertising Agencies to the Association of National Advertisers, urging marketers to give equal opportunities to African-American agencies.

“The only people who can change this are the clients themselves,” Mr. Morris said.
Posted by HighJive at 6:07 PM