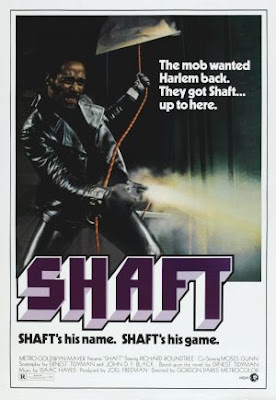 As a prequel to Pepper Miller’s Forbes perspective on the total bullshit of Total Market, here’s a prediction she made on the subject at Advertising Age in 2013. While Miller positions herself as specializing in consumer research, analysis and marketing strategy, the Ad Age piece shows she’s a trendspotter too. Then again, it’s relatively easy to spot the trend of minorities on Madison Avenue getting shafted like Richard Roundtree.

‘Total Market’ Gets Lots of Buzz, but Multicultural Agencies Will Suffer Badly

Advertising has a new darling concept for everyone to toss around to show how much they get the need to reach an ever expanding and varied target audience. I’m talking about “Total Market,” which was being touted at the ANA Multicultural Conference this year as the solution for addressing the growth of Hispanics and Asians in the U.S. population, and cashing in on the undeniable influence that African Americans exert as trend setters.

I didn’t attend the conference. I was enjoying a badly needed vacation during the same time. But I am very skeptical. The underlying premise is that ethnic agencies are largely unneeded, that the current multicultural marketing model—where general-market and ethnic agencies work in tandem to engage the total population—is not working.

This is true. It’s not working. But the model was never given a fair shot at success. Ethnic agencies have operated on minuscule budgets compared to general-market agencies. And they have had to spend much of their energy providing rationales over and over to the many marketers who didn’t fully understand and embrace segments culturally different from the mainstream.

Now the Total Market approach is being embraced by general-market agencies that for years have used the traditional “one-size-fits-most” approach, ignoring the shifts in U.S. population and focusing on being cost-efficient, rather than trying to understand and investing in different cultures that make up the whole. And they are still inviting few ethnic agencies to the table early or often to strategize about a new campaign. Instead, the ethnic agencies are given the general-market strategy to adapt to their respective targets, small “assignments” versus a significant piece of business, and continue to lose media-buying responsibilities.

I’m not buying the “ethnic-agencies-don’t-have-staff” excuse. Staffing comes with budget. I’m concerned that Total Market supporters are naive about how fair, balanced and inclusive the model will be for diversity agencies, and particularly black-run agencies. I’ve been working in this business since the late 80s and have never seen the black media spend get more than 2% of the national total. And now under the Total Market model ethnic budgets are going to blow up?

The Total Market approach will require an internal cultural shift for more diversity in-house. General-market agencies have been paying lip service to this issue for years without creating any actionable strategies. With Total Market that’s going to change?

During a telephone interview, Reginald Osborne, a senior-level ad executive at Walton Isaacson who has also worked at general-market and ethnic ad agencies, and on the client side, told me this: “They don’t have people like me sitting at the table, so it’s no wonder we continue to hear comments like: ‘I don’t see color when I look at you .... How can you influence the thought process or be effective about diversity if you don’t understand how people are different and similar?”

Too often we hear general-market agencies and Total Market supporters embracing the attitude that “culture is not related to ethnicity.” With the first black U.S. president and the greater acceptance of racial differences by many of our children, the assumption is that we are living in a post-racial society. But a post- racial society will be measured by the sixth or seventh black president, not the first.

Marketers are also clueless about Black Twitter and its predominantly black followers. Black youth are creating phenomenal numbers of digital platforms in cyberspace for people who look like them, and like most blacks, many black Millennials say that society and marketers don’t “get” black culture.

Insights like these are the benefits of working with ethnic agencies and internal multicultural teams. Will the Total Market approach conduct deep dives and tell stories like these? It’s not happening now; how can we be sure, it will happen in the future?

The elimination of the internal multicultural ethnic teams and ethnic agencies gives marketers and general-market agencies permission to do what do they’ve always done. The best model is an improved working relationship between general-market and diversity agencies, where ethnic agencies are treated as equals and budgets allocated appropriately.

We have a system that’s not perfect. Determining how to make it work, as opposed to throwing it away, is an option, too.

Pepper Miller is the founder and president of The Hunter-Miller Group, Chicago. She is author of “Black Still Matters” and co-author of “What’s Black About It?”