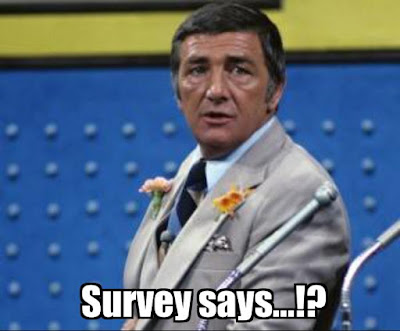 Advertising Age reported on a 4As survey showing nearly half of all advertising industry professionals think agencies are discriminatory. The rest of all advertising professionals are probably too culturally clueless to realize their own racist tendencies. Why the 4As felt the need to conduct a survey for such common-knowledge results is baffling. Here’s the most amusing factoid revealed by Ad Age:

Gee, that’s like declaring the U.S. was more unconsciously biased in the past, when slavery was legal and acceptable—and the Founding Fathers were racists and rapists.

The only necessary survey questions should be:

1. Why is the advertising industry still discriminatory after decades of recognizing the problem and promising to fix it?

2. When will White advertising agencies be forced to produce meaningful and measurable results regarding diversity?

Nearly 50% of industry professionals believe agency culture is still discriminatory, if not as overtly as it once was, according to research findings released by the 4A’s at its Talent@2030 Conference during Advertising Week.

As part of its ongoing efforts around gender equality and diversity, the 4A’s conducted a member survey by via in June. Out of the 549 respondents, 74% said ad agencies are mediocre or worse when it comes to hiring diverse professionals. More specifically, 25% said the industry was mediocre, 29% said it’s not great and 20% said it’s terrible.

“The numbers didn’t really shock me, as we know the industry has to do better at hiring and retaining diverse talent,” said 4A’s President-CEO Nancy Hill via email.

“I challenge the agency community to participate in an important survey we intend to conduct to understand the make-up of our talent pool so we can begin to measure change in a real and meaningful way,” Ms. Hill said. “We will conduct this survey in the same way we do the salary survey each year.”

The new survey will be used by “agencies to benchmark themselves against industry norms” and to measure the advertising industry against other business sectors, she added. The 4A’s expects to get the survey in the field by the end of the year.

The 4A’s also fielded a second study with research partner SSRS on consumer views about diversity in ads. More than three out of four (81%) of respondents agreed that advertising has become more diverse in the last five years. Additionally, 74% of people surveyed said ads should realistically reflect America’s diversity, and 64% said advertising should ensure that all ethnicities in America are portrayed. That survey included 1,027 participants ages 18 and up.

Ms. Hill said via email that she was “pleasantly surprised” that consumers have noticed a difference when it comes to diversity in advertising.

“I don’t think it’s just about having diverse people in ads, I think it is about how we portray people, period,” she wrote. “Just because men have always had a say hasn’t meant that they are always shown in a flattering light. I think with a diverse and balanced approach, we will get a much more human touch in the work.”

The vast majority (71%) of respondents approve of diversity in marketing as long as it doesn’t seem gimmicky, the study found. Some 61% of consumers between 18 and 34 years old said they would like to see more advertising that includes diversity, adding that this would make a brand more favorable to them. That figure drops a little to 49% when it comes to respondents ages 35 to 54 and those older than 55.

Aside from the upcoming diversity talent survey, the 4A’s has added several new diversity initiative this year, such as proprietary studies, gender and diversity discussions at all 4A’s events, an online content series called See It & Bee It and dedicated diversity-related events.

White people feel like racism in advertising is better than prior years because they see more mixed-race people in their ads, as talent.

They never stop and ask why that on-camera trend isn't reflected behind the scenes, in the people hired to make the advertising in the first place.

They never ask, or care, why the number of black men in major ad agencies has nosedived.