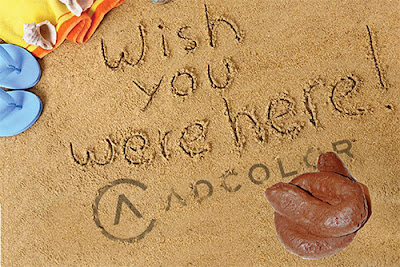 Campaign Editor-in-Chief Douglas Quenqua wrote a tribute to ADCOLOR® that ultimately—albeit unintentionally—showed how the organization perfectly symbolizes the sorry state of true diversity in the advertising industry.

To begin, Campaign really must stop referring to ADCOLOR® as “the industry’s premiere diversity conference” or “the ad industry’s premiere diversity event” already. For starters, the trade journal is using the wrong word—it should be premier versus premiere. And to be accurate, ADCOLOR® is not the first or leading diversity conference/event/thingy in our industry, as there are plenty of other equally lame programs out there. Then again, ADCOLOR® might be the premier smokescreen, allowing White men and White women to continue apathetically ignoring and actively denying any honest efforts for positive change.

Quenqua opened by confessing he only attended one day of the four-day extravaganza. In short, the editor mirrored industry members by displaying disinterest and declining dedication to true diversity. To push the perspective further, Quenqua revealed that ADCOLOR® creator Tiffany R. Warren asked for Campaign to provide coverage, as trade journals have historically failed to send reporters to record the festivities. To push the perspective over the edge, Quenqua also noted not seeing “a single chief creative officer from a top-tier agency”—as well as any CEOs (besides John Seifert), CMOs or holding company chiefs—in attendance. Quenqua’s observations confirm his own lack of awareness, as the editor of a major advertising trade journal should know by now that honchos from White advertising agencies and holding companies collectively comprise the biggest obstacle to progress. C-suite (short for Caucasian-suite in adland) executives appearing at an ADCOLOR® affair would be like Grand Wizards (or Campbell Ewald bigwigs) joining a Black Lives Matter rally.

Quenqua called his one-day ADCOLOR® immersion an “empowering, intelligent and inspiring” experience. Too bad empowerment, intelligence and inspiration have not led to meaningful and measurable action in regards to eliminating exclusivity in the advertising industry. Minimal attendance on the matter—literally and figuratively—remains the modus operandi for the ruling majority.

AdColor: Where were you?

The industry’s premiere diversity conference just marked its 10th anniversary. The celebration was lonelier than it should have been.

First, a confession: I left this year’s AdColor conference too quickly. Rather than view the 4-day event as a chance to meet new people and connect with a community, I thought of it the way editors too often do, as a source of content. Campaign US’ creative editor, I-Hsien Sherwood, and I swooped in for the single day of panel discussions, wrote our stories and hopped on a plane before the stage went dark.

Despite my shortsightedness, I left with something I hadn’t intended to take: a buoyant sense of optimism about the future of the industry. This is not what you expect to take away from a diversity conference, given the grave and serious tones in which the topic is usually broached. But the AdColor Conference & Awards, which celebrated its 10th anniversary this week, is empowering, intelligent and inspiring in ways that other conferences are not.

Really, you should have been there.

Every day we hear ad executives and, lately, CMOs venting their frustration over the male whiteness of adland. They talk about the struggle to find non-white talent, to evolve their culture and “change the ratio.” And by all means, they should. But those complaints would carry more weight if they actually attended the industry’s premiere diversity event. Perhaps naively, I thought they would.

Early this summer I sat with Tiffany R. Warren, the founder of AdColor and chief diversity officer for Omnicom Group, to ask how Campaign US could get involved. I expected her to brush me off, to say she was up to her ears in ad trades wanting special access. Instead, she told me no advertising trade publication had ever sent a reporter to the event, the way we do with, you know, absolutely every other remotely ad-related event that attracts enough warm bodies to stage a panel discussion.

I can’t speak to the truth of Warren’s claims prior to this year. But I can confirm I didn’t see any of the usual suspects this week in Boca Raton, where the conference was held. In fact, aside from an advertorial package in AdWeek, I still haven’t seen a single mention of the conference—which I may have mentioned is celebrating its 10th anniversary this year—in any of the other ad trades.

Here’s what else I didn’t see: a single chief creative officer from a top-tier agency. And aside from Ogilvy Worldwide Chairman and CEO John Siefert, who was being honored as a “change agent” at the awards show on Wednesday, there was not a single major agency CEO. I saw no CMOs, and I certainly didn’t see any holding-company chiefs.

I have always looked sideways at people who crow about leaving an advertising conference “inspired.” How empty a life must be, I would think, for the soul to rise at a breakout session. But today I’m that guy. Because yesterday I heard Luvvie Ajayi, the blogger behind AwesomelyLuvvie.com, eloquently dismantle the false equivalence behind #AllLivesMatter. (“Pride in my culture is revolutionary,” she said, “because the whole world is telling me I’m nothing.”) I heard Chloe C. Sledd, founder of VoiceLots, talk about founding her company to honor her father, who was nearly shot to death in his mother’s home by a group of Chicago cops who had the wrong address (and tried to cover up their mistake by planting drugs in his dresser. Luckily, Sledd’s mother was hiding under the bed). When Facebook’s Kiva Wilson half jokingly proposed making a virtual reality experience that simulates being a black executive who gets followed around a drug store, I grasped the potential of that technology in a way I hadn’t after CES.

The ad industry these days can be a moribund place. We talk about the “death” of everything from the agency model to TV commercials to print. Yet AdColor, an event founded and attended mostly by people who’ve been marginalized and dismissed, is vibrant, aspirational and –I’ll say it again—inspiring. It offers so much of what the industry’s leaders claim to be in search of. Their absence makes you wonder just how hard they’re looking.

So who wants to break it to Quenqua that the reason no executives of any importance have attended in 10 years (unless they're being honored, in which case they fly in for the ceremony and fly out immediately after) is because THEY DON'T CARE?

They don't attend because they spend their money sponsoring ADCOLOR in the first place precisely so they DON'T have to attend or care about diversity.

ADCOLOR is a relatively cheap, easy alternative to confronting a potential lawsuit or questions from investors about widespread discrimination in hiring POC.

Each holding company, and a number of individual ad agencies, kicks in a very large donation (which accounts for the over $1m a year operating budget, and Tiffany Warren's salary, paid for by Omnicom) and then quotes ADCOLOR infinitely in lawsuit responses, annual reports and publicity as proof of diversity.

And in lieu of actual diversity.