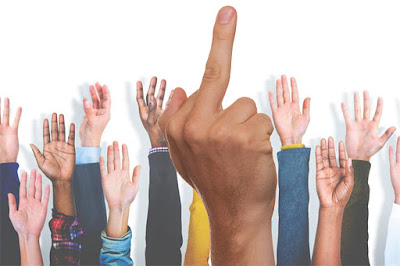 Campaign published the obligatory report/editorial on clients like General Mills and HP pressuring White advertising agencies to embrace diversity and diverted diversity. Apparently, some of the White advertising agencies proudly proclaimed they’re already satisfying the diverted diversity requirements, as there is hardly a dearth of White women in the field. But when probed on the requests for more people of color, the response is chirping crickets. Fortunately for the diversity delinquents, HP is parsing progress into phases, with racial and ethnic minorities being asked to step to the back of the White women bandwagon. And the fact that General Mills allowed the chronically culturally clueless Deutsch to participate in its pitch indicates the foodmaker may relax the requirements. Of course, the self-absorbed cheerleaders in this sorry spectacle include Kat Gordon and PepsiCo Global Beverage Group President Brad Jakeman—who has yet to deliver any measurable mandates to his own White advertising agencies. Meanwhile, minority shops continue to lose crumbs as White shops displaying racism win new business.

At last, brands tell agencies to diversify, and advocates cheer

HP and General Mills say they will require agencies to meet diversity goals, signaling a shift in client involvement.

A lack of diversity has been plaguing ad agencies for years, and clients are no longer staying quiet about it. Two major advertisers are now demanding that agencies take immediate action, or risk losing their business.

Last Thursday, HP CMO Antonio Lucio sent a letter to HP’s five ad and PR agencies insisting that they improve the diversity of their workforces within the next 12 months, as first reported by The Wall Street Journal. Lucio’s letter called for agencies to increase the number of women and minorities in creative and strategy roles, with 50% of their workforce to be made up of women, to match HP’s own advertising department makeup.

“Including women and people of color in key roles is not only a values issue, but a significant business imperative,” Lucio said in the letter. Women buy 53% of personal computers and 45% of printers, Lucio told the Journal. HP’s three ad agencies, which includes Omnicom’s BBDO, Fred & Farid and Dentsu’s Gyro, have 30 days to submit a plan or face a possible rejection.

General Mills is also insisting on more diversity. Last week, the food giant announced that agencies competing for its creative business have to have a staff of at least 50% women and at least 20% of color, according to AdAge.

Karen Kahn, HP’s CCO, said the company is leaving the request open-ended, so agencies can decide how they will increase diversity themselves. But if an agency can’t change, Kahn said HP would stop working with it.

“We can’t control agencies, but [with] the kind of budgets we have in marketing and PR, we can influence with the spend we have,” Kahn told Campaign US sister publication PRWeek. “The best way we can have impact is to change ourselves and work with our agencies to change.” Kahn also noted that diversity is a “bigger issue” in the “creative world” than in PR.

Last week, conversations with HP’s agencies revealed that two of them already meet HP’s goals for female leadership. Women represent 50% of both Gyro’s and Fred & Farid’s senior teams, the agencies said on Friday.

“HP’s initiative is critical, timely and necessary,” said Christoph Becker, Gyro’s CEO and CCO, in an email. “Gyro, since day one, has embraced diversity on all fronts. We will continue to work to insure that our culture is as diverse as possible.”

“We admire and share his can-do, fix-it attitude, because we too are dissatisfied,” said Fred & Farid CEOs and founders Fred Raillard and Farid Mokart, in an email. “We started FRED & FARID because we couldn’t stand the old establishment and their reluctance to evolve. Diversity is part of our source code: we are ourselves from mixed backgrounds and we’ve promoted many women in key leadership roles.”

BBDO, on the other hand, is still working to meet HP’s expectations. “The pursuit of gender equality is something Antonio and I have discussed a lot over the years—and not just because of business. I have two daughters and he has five,” Andrew Robertson, BBDO’s CEO said in a statement. “He knows about BBDO’s commitment to double the number of female senior creative leaders we have in one year and obviously supports it. His initiative to formalize an action plan on his business is something we welcome.”

Nancy Hill, president and CEO of the 4A’s, praised both companies for taking a stand on an issue she’s long been vocal about. “I applaud both General Mills and HP. I’m very happy to see this happening. (Hopefully, they are doing the same thing themselves internally),” she said in an email.

“Diversity has been proven again and again to be good for business,” she continued. “Obviously, they both know this and have asked their agencies to reflect the diversity of the consumers they are selling to.”

Kat Gordon, founder of the 3% Conference, was in a celebratory mood following the announcements. “’Hallelujah!’ she wrote in an email. “This is exactly where the diversity conversation needs to be headed.”

The HP directive should not come as a total surprise, noted Gordon. In 2013, HP CEO Meg Whitman is said to have expressed outrage during an agency review after four shops in a row presented all-male leadership teams. “What is it about the advertising industry? Don’t you have any women leaders?” she said, according to people in the pitch.

Jonathan Mildenhall, CMO of Airbnb, who had expressed his approval online Friday, said in an email that it was “time for the client community to accelerate this issue not only the debate but also the action,” and praised his principal agencies, Starcom Worldwide and TBWA\CHIAT\DAY for putting women in leadership positions on Airbnb’s account.

“For me, my next focus is people of color,” he added. “Imagine the difference we could make if all clients mandated just one person of color to work on every client facing team. Just that single act would transform the industry forever for better.”

Not everyone applauded the moves. On the r/Advertising subReddit, some users commenting on the General Mills story expressed disappointment that the industry was resorting to quotas.

“I hate quotas. As a creative of colour, I would find it soul-destroying to know that I had been hired not because the ECD thought my book was the best, but because he had a number to meet,” said one user.

That said, “agencies (and especially creative departments) have a diversity problem,” the commenter acknowledged, and something had to be done.

“So, while I’m not 100% sold on the execution, I like that the client is making diversity a financial issue for agencies, because we can make all the Gold Winning Like-A-Girl ads we want, but as Bill Bernbach once said “A principle is nothing until it costs you money,” the user wrote.

For months the agency business has been rocked by lawsuits and allegations against top executives for discriminating against women and minorities. In March, former CEO Gustavo Martinez, of WPP’s J. Walter Thompson, stepped down amid a harassment lawsuit. In June, RAPP CEO Alexei Orlov resigned after a lawsuit claimed he had shown discriminatory behavior against women and people of color. And at the end of July, Kevin Roberts resigned as Saatchi & Saatchi’s chairman and head coach at Publicis Groupe after the comments he made about women lacking ambition.

Though several brand marketers had expressed disgust over the comments and allegations in recent months, clients had largely remained silent till now. For example, aside from Macy’s handing its 2016 holiday campaign to Figliulo & Partners, JWT lost not a single client during the Martinez scandal, according to several WPP sources.

“Those paying the bill—clients—know what their customers look like and see the value of having diversity within their agency partners,” said Gordon. “The talent is there and agencies have historically done a poor job of tapping into it at the most senior levels. I’m excited to see the way messaging and consumer engagement will shift thanks to the involvement of more diverse perspectives.”

“Half of our global steering committee is now women, but we’ll not stop there: we want women to thrive at every levels of the company, and we want to coach the younger ones to climb faster,” they said.

And just like that, race is stripped from the diversity discussion.

It's now 100% gender focused, with race something that will be addressed down a hazy future road. I.E. not at all.

Oh, wait, Fred & Farid is oh-so-diverse and up to the client's diversity standards! Never mind that they're based overseas and their brand of diversity is non-American focused.

Proving again that the chain of hiring in US ad agencies is white men and women, THEN foreigners, then anything and everything under the sun, then at the very end of the line, American POC.