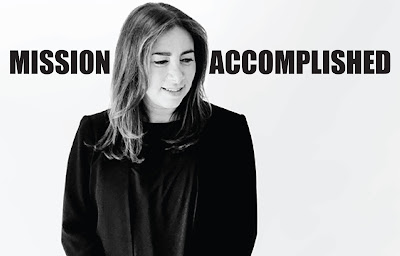 Adweek reported Deutsch Chairman Linda Sawyer is leaving the White advertising agency at the end of the year. Deutsch CEO Mike Sheldon gushed, “Linda has nurtured Deutsch’s independent culture and been a selfless contributor in making the advertising industry stronger and more diverse.” Gee, that’s an interesting comment from a leader of an agency that allegedly decided it was “no longer going to invest in diversity.” If anything, Sawyer has been a trailblazer for diverted diversity versus true diversity at Deutsch and beyond. Watch for her at upcoming events from The 3% Conference. Mission accomplished, girlfriend.

Mike Sheldon to assume the role

Today Deutsch announced a major leadership change as chairman and longtime executive Linda Sawyer plans to leave the agency at the end of the calendar year. She plans to launch an unnamed ecommerce project in early 2017.

Sawyer, who has been with the IPG network for more than 27 years, replaced former chairman and TV personality Donny Deutsch as its top executive last year while Mike Sheldon was simultaneously promoted to the chief executive role. Following her departure, Sheldon will hold the title of chairman and CEO, North America.

“Anyone who knows Linda is aware that she combines a great understanding of our industry with a dynamic management style,” said Interpublic chairman and CEO Michael Roth in a statement, adding, “That’s why she’s been able to build a fantastic team at Deutsch during her long tenure at the agency. She’s a fierce protector of her people and her agency, as well as a partner who clients know will always make their success her top priority. Along with everyone at Deutsch, I thank Linda for her dedication and commitment.”

The departing chairman joined the Deutsch organization in 1989 and ascended to the CEO role 16 years later as Donny Deutsch became chairman during a transitional period for the agency. The press release announcing Sawyer’s pending departure notes that revenue has increased “more than ten-fold” during the entirety of her tenure and that she has been frequently named one of the industry’s most powerful female leaders by various trade groups and publications.

Last year, Adweek positioned Sawyer’s promotion as a victory for the West Coast division of the Deutsch network; Sheldon will continue that trend as its new leader.

“Deutsch’s ambition to innovate and pioneer change is ingrained in our culture,” Sawyer’s statement read. “With our succession plans in place, Mike’s strong leadership and a dynamic and wildly talented management line up, the agency is well poised for the next chapter. It’s an ideal time for me to pursue a new challenge and I will be launching an exciting and highly disruptive ecommerce venture to be announced in the Spring. I will fondly miss my Deutsch family but will always be rooting behind the scenes.”

Sheldon added, “Linda has nurtured Deutsch’s independent culture and been a selfless contributor in making the advertising industry stronger and more diverse. She will be leaving an amazing legacy. Knowing Linda, her next adventure is going to be a game changer.”

“Linda has nurtured Deutsch’s independent culture and been a selfless contributor in making the advertising industry stronger and more diverse."

What's up with ad agencies and their Orwellian approach to diversity? Saying you've done heaps for diversity does not make you diverse.

Deutsch is one of the worst agencies for diversity out there, with a long track record of punting to Adcolor participation and MAIP support and HB1/01 visa hires by the truckload instead of hiring, fulltime, ethnically diverse staff.