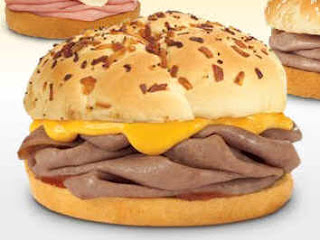 Adweek reported the Arby’s search for a new advertising agency includes plans to shift its television and ad buying patterns. “We have been deeply involved in developing a new go-to-market approach which has included a refocusing of media spending from local to national media in order to create great brand impact and media visibility,” wrote an Arby’s executive. “Additionally, work has been under way for several months studying various different positioning opportunities for the Arby’s brand.” For starters, the fast feeder should work on making the sandwich depicted above look more like the sandwich depicted above—versus the actual sandwich depicted below. 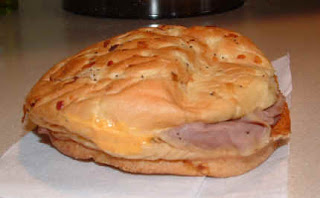