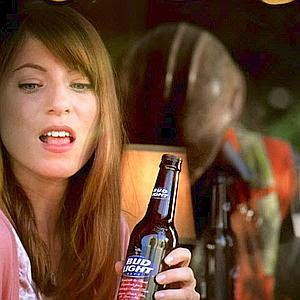 Beer companies must think Spanish-speaking people are already drunk when they are watching their advertisements.

That has to be why they’ve decided to mangle this beautiful Romance language and talk down to the 58 million Hispanics who might want a brew or two.

It’s worse than the mauling they give English—“drinkability,” after all, isn’t a word, although Budweiser has made it the slogan of an entire advertising campaign.

In Spanish, Budweiser’s catchphrase is “tomabilidad”—which is a neologism like “drinkability” but doesn’t make as much sense.

Corona, which is headquartered in Mexico—where Spanish is obviously the primary language—tells beer drinkers to “Más una fría que beer.” Maybe they’re trying to say it’s “the coldest beer,” but the translation is closer to “More one cold what beer.”

Talking to a group of Spanish speakers, including Prof. Gerardo Piña-Rosales, president of the American Association of the Spanish Language, found that no one really understood what it meant.

Nor did anyone understand Coors Light’s phrase “Emborícuate.”

As best anyone can tell, the company and its ad agency tried to merge the words drunk in Spanish—borracho—and Borícua, which is a way people from Puerto Rico are described.

Why those two words were joined is anyone’s guess. Coors Light and the other beer companies didn’t return phone calls.

Michenelle Groller who is a Spanish teacher in Brooklyn said, “these ads are not only misleading, but mostly offensive.”

“These advertisements are approved or looked upon as OK because they are written in a different language. If they were written in English they would have never made it past the planning stages,” she added.

Piña-Rosales says that instead of picking qualified translators, companies seem to randomly select less-capable individuals who can’t get the job done. “The beer advertisement is just one of the multiple examples I see daily.”

There are plenty of instances in the past of American companies butchering the Spanish language.

One of the most famous cases was when Chevrolet marketed its Nova car in Spanish-speaking countries without changing the name. Nova in Spanish unfortunately means “no go.”

“This is something that we as Spanish speakers have to fight against,” Piña-Rosales said.

Opponents of this misuse of Spanish say companies are encouraging the spread of Spanglish, and changing words to fit their needs.

“Although I was born here in the US, I find these ads demeaning to the Spanish language,” said Kristina Puga, a consumer in Jamaica, Queens who is fluent in both languages. “I never liked the taste of these beers and now I like them even less.”

Daniel Fernandez, a member of the American Association of the Spanish Language, thinks that the advertising agencies should reach out more to native speakers. “Unfortunately, they don’t look for our opinion. They’re not only promoting beers, they’re promoting bad Spanish.”

Not on tap
Spanish language advocates are “muy caliente” with brewers of their Latin ad campaigns.

• Tomabilidad: Bud ad speak for drinkability. No such word in Spanish.

• Emborícuate: Native speakers are at a loss of what this Coors Light phrase means.
Posted by HighJive at 1:09 PM