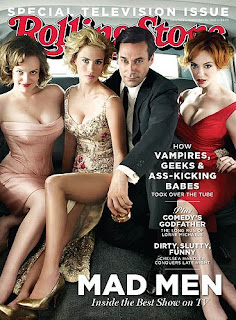 The latest issue of Rolling Stone declares AMC series Mad Men is “the Best Show on TV.” Um, must have missed the memo on that revelation.

Mad Men is the best show on television? Right, and Tad Winter and Phil Smith are in line for a Gold Lion.
Posted by HighJive at 11:11 PM