7985: Witchcraft And Other Evil Sorcery. 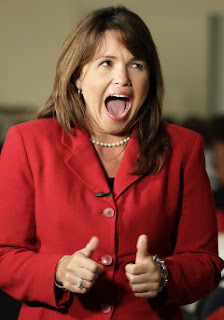 Any Witch Way in a MultiCultClassics Monologue…

• Delaware Republican Senate candidate Christine O’Donnell responded to her decade-old proclamation that she once “dabbled in witchcraft” by insisting it happened in her youth. O’Donnell explained, “I was in high school, how many of you didn’t hang out with questionable folks in high school? But no, there’s been no witchcraft since, if there was, Karl Rove would be a supporter.” Ha. What a comedienne. Sort of like Samantha in Bewitched. Also, the bigger concern involves the questionable folks O’Donnell hangs out with today.

• BP announced that after 5 months of work, the blown-out Gulf oil well is finally dead. Along with Louisiana tourism. Look for BP’s goodwill efforts and Pollyannaish propaganda to quietly pass away too.

• A forthcoming study from Temple’s Fox School of Business claims to crack the code on landing a bigger salary. The tactics include negotiating, being aggressive and collaboration. On Madison Avenue, additional tactics include playing the Buddy Cards of cronyism and nepotism, as well as maximizing White privilege.
Posted by HighJive at 4:35 PM