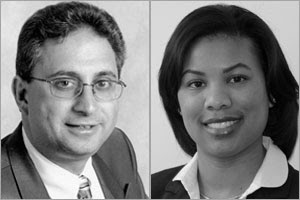 Perspective: View From the Front Lines
Despite gains, much work still needs to be done

In 1968, then chairman of Ogilvy & Mather John Elliott Jr., speaking at the 51st annual American Association of Advertising Agencies meeting, called the failure of the industry to hire a greater number of African Americans “the great moral issue of our time.”

Today, the lack of African Americans employed by the general-market advertising agencies is still a great moral issue requiring redress. Equally important for the agencies, the lack of diversity is also a business issue.

Our firm has heard from many people adversely affected by the industry’s lack of equal employment opportunities. To our dismay, we’ve heard several stories from African-American professionals who had impressive resumes and portfolios and were heavily recruited by advertising agencies, until they showed up for the interview. The moment they walked in the door and their skin color became apparent to the agency, the reception of the hiring team, say these professionals, quickly went from enthusiastic to lukewarm, at best. Needless to say, they were denied the opportunity to work at those agencies.

African-American professionals able to get their foot in the door face barriers in getting assigned to the biggest and best accounts, or receiving the same opportunities for mentorship and training as their white counterparts. For those African-American professionals who don’t wash out of the agency within a couple of years, they undoubtedly hit the brick ceiling that keeps them from advancing to higher-paid positions and executive-level titles. According to the report, in 2006 only 2.5 percent of professionals earning more than $100,000 in 16 reporting ad agencies were African American.

Elliot called for change more than 40 years ago. Yet the lack of diversity and equal employment opportunities continue to be the great moral issue that the advertising industry has yet to fully address. If the industry isn’t motivated by a moral reason to change, then perhaps it may find motivation in the business reason.

According to a report by Richard Lapchick, a leading advocate for racial fairness in sports, “White Men Dominate Advertising Agencies’ Creative Director Positions as Exemplified by Ads Aired During the Super Bowl,” not one of the 52 ads produced by ad agencies that were aired during the 2010 Super Bowl had a person of color as the creative director. Only 6 percent of those creative directors were female. Interestingly, one of the most popular ads aired during the 2010 Super Bowl was Doritos “House Rules,” which was created by an amateur Hispanic male, who won Doritos’ “Crash the Super Bowl” contest.

Lapchick’s report further found that the Super Bowl ads overwhelmingly lacked diverse actors and were even derogatory towards women and people of color. If more people of color are involved in the decision-making process of creating ad campaigns, it’s more likely that the ads will reflect the diversity of American consumers and less likely that ads that are insensitive to subtle racial issues will be published.

People of color constitute over 25 percent of the American population, according to the U.S. Census Bureau, 2006-08 American Community Survey. Accordingly, the “general market” is more diverse than it ever has been and will continue to diversify over time. As a result, it’s important, from a business perspective, that the top decision makers as well as the workforce within the general-market agencies represent America’s increasing diversity. Diverse perspectives will make the agencies better able to create ads that connect with America’s consumers and lead to a more creative work product.

To achieve change, the ad agencies must start by redressing their errors and implementing equal employment policies and practices and creating an inclusive culture that allows all employees, regardless of race, an equal opportunity to build a successful career within the advertising industry. The Madison Avenue Project remains committed to holding the advertising agencies to their duty to establish and maintain equal employment

Cyrus Mehri is a founding partner at Mehri & Skalet, the law firm that formed the Madison Avenue Project in 2009 with the NAACP to reverse discrimination against African-American professionals in the advertising industry. Janelle M. Carter, an associate, is actively involved with the project. They can be reached at cmehri@findjustice.com and JCarter@findjustice.com, respectively.
Posted by HighJive at 8:04 PM

My feelings they will not bring about a class action lawsuit. Sucks, though, the industry is afraid of diversity.