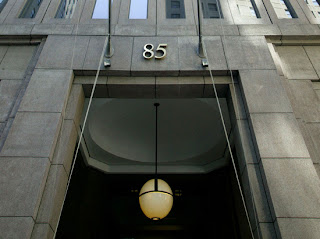 Well, it is “Goldman” and not “Goldpeople.”

Goldman Sachs yesterday was slammed with a scathing sex-discrimination lawsuit accusing Wall Street’s most profitable investment bank of “systematic and pervasive discrimination” against female employees—who allegedly are paid less and treated worse than their male counterparts.

The class-action suit by three ex-employees charges that Goldman retaliated against one of them after she reported an attempted sexual assault by a married male colleague, tolerated racist e-mails and allowed a managing director to hire scantily clad “female escorts” in “Santa hats” for a 2007 holiday party, where they socialized with male employees.

“This case challenges Goldman Sachs’ practice of treating its talented female professionals like disposable, second-class citizens,” said Kelly Dermody, one of the lawyers representing the women in the Manhattan federal court action.

“By coming forward, the plaintiffs are working to ensure a level playing field across Wall Street,” Dermody said.

A Goldman spokesman said, “We believe this suit is without merit. People are critical to our business, and we make extraordinary efforts to recruit, develop and retain outstanding women professionals.”

Much of the suit relates to allegations that Goldman underpaid the plaintiffs—former vice-president H. Christina Chen-Oster, 39, former managing director Lisa Parisi, 48, and ex-associate Shanna Orlich, 30—compared to men in similar positions, and that the bank offered male workers more support and better opportunities to advance.

The suit argues that discrimination results in a “stark” underrepresentation of women in Goldman’s management ranks—where females account for just 29 percent of vice presidents, 17 percent of managing directors and 14 percent of partners, according to the most recent figures.

Chen-Oster also accuses Goldman of discriminating and retaliating against her “after a Goldman employee assaulted me in the fall of 1997.”

The suit said in that year, Chen-Oster and other employees in the Convertible Bonds Department, as part of a Goldman-sponsored dinner, went to Scores, a Manhattan topless bar.

“At the end of the evening, a married male associate in her group insisted that he escort her to her boyfriend’s apartment building a few blocks away,” the suit alleges. “In the hallway outside the apartment, the male colleague surprised Chen-Oster by pinning her against the wall, kissing her and groping her, and attempting to engage in a sexual act with her. Chen-Oster did not invite or welcome the attempt, and had to physically defend herself.”

After reporting the incident in 1999 to her supervisor, the suit said, “Chen-Oster began to experience increased hostility and marginalization at the firm.”