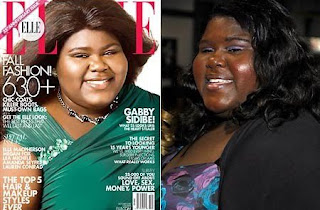 Check out the side-by-Sidibe here. Elle magazine is taking heat for its series of 25th anniversary covers—particularly the one featuring actress Gabourey Sidibe. First, critics are crying Sidibe’s skin has been digitally lightened. Next, the other subjects in the series were shot to display their full figures, while Sidibe was depicted in close-up fashion. Finally, readers believe Sidibe has an unflattering hairstyle. Elle said, “Nothing out of the ordinary was done. We have four separate covers this month and Gabby’s cover was not retouched any more or less than the others… If you take a look at the portfolio, each of the women were shot in different ways and for different reasons.” Hey, there’s nothing precious about this picture. 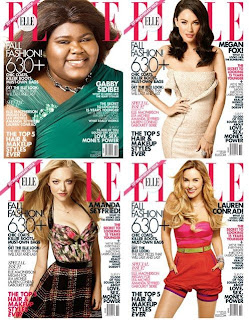