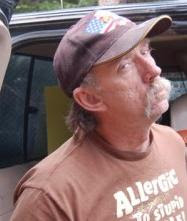 Mouthing off with a MultiCultClassics Monologue…

• The president of a Montana Tea Party group was booted for making anti-gay comments on Facebook. The moron appeared to condone hanging gays while responding to a comment left by another moron. Time to add another Teapartytracker.org entry.

• Rock icon Morrissey sparked controversy by declaring Chinese people are “a subspecies” for their lack of animal-protection laws. Time to add over 1.3 billion people to the list of Morrissey haters.

• The U.S. smoking rate has hovered around 20 percent since 2005, after a 40-year decline. Morrissey and the ex-president of a Montana Tea Party group think smokers are a subspecies who should be hanged.
Posted by HighJive at 11:45 PM