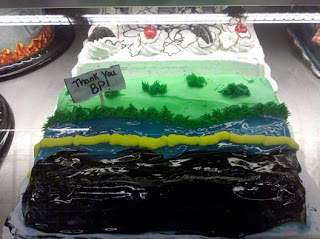 Surveying the news in a MultiCultClassics Monologue…

• A Gallup survey shows depression is up 25 percent in the Gulf region since the BP Deepwater Horizon disaster. BP should now stand for BiPolar.

• A new poll from the Pew Research Center shows most Americans are pretty ignorant about their own religions. However, nearly everyone agrees BP is going straight to hell.

• The Government Accountability Office released a report indicating that women have still made little progress in attaining management positions in the workplace. Imagine the reports that would be generated if there were a Madison Avenue Accountability Office.
Posted by HighJive at 12:00 AM