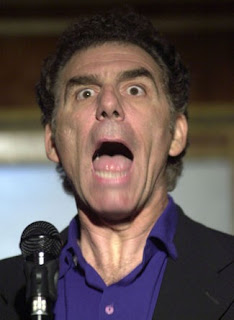 Unexpected outbursts in a MultiCultClassics Monologue…

1) Was the photographer Black?
2) Why the hell would anyone want to photograph Michael Richards?

• GLAAD is attacking 50 Cent for tweeting threatening comments to Perez Hilton. Fiddy’s tweet featured a violent photograph of two men running from a crowd with the comment, “Perez Hilton calld me douchebag so I had my homie shoot up a gay wedding. wasnt his but still made me feel better.” A GLAAD spokesman said, “It’s wrong to make jokes and promote violence against the gay community. Taking down the post is not enough. We wanted him to tell his Twitter followers that what he did was wrong.” That’s like asking Michael Richards to calm down.
Posted by HighJive at 5:19 PM

Fuck you, NIGGER.
There, all caps for you. Michael Richards is a victim of NIGGER racism. You NIGGERS always mak yourselves the victims for shit you didn't even went through. Fuck you, racist NIGGERS.