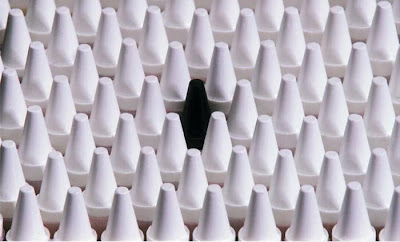 The 2007 Walgreens discrimination lawsuit that charged the drugstore chain discriminated against Blacks by denying promotions and assigning them to low-performing stores—as well as the recent Dunkin’ Donuts discrimination lawsuit making similar charges—inspired applying the notion to Madison Avenue. That is, could it be argued that minorities face the same type of discriminatory maneuvers in the advertising industry?

Do ad agencies boasting cross-cultural capabilities—like Draftfcb and Ogilvy, for example—push minorities to assume the segregated roles versus steering them towards the “general market” positions? Additionally, do the cross-cultural executives receive smaller salaries than their White peers? And are the assignments less “glamorous” than the big-budget extravaganzas being handled by mainline staffers?

The concept could also be held against the holding companies with minority shops. Do WPP, Omnicom, Publicis Groupe and IPG pigeonhole multicultural firms within the networks—prohibiting them from playing greater parts in new business pitches—and ultimately block the agencies from expanding into the more lucrative “general market” arena? Are minority shops essentially designated for low-performing (i.e., low-paying) areas of expertise? Have the holding companies knowingly and deliberately perpetuated the ghettoization of Madison Avenue?

Of course, pursuing this line of reasoning requires minorities to step forward and claim they’ve been wronged. So for now, it’s all just hopeful brainstorming.