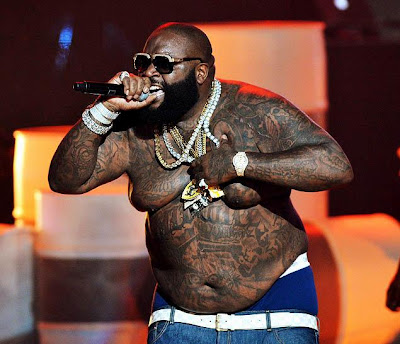 The hip-hop heavyweights — and their entourages — exchanged words and shoves backstage inside the Atlanta Civic Center before the beef spilled outside.

ATLANTA—Rappers Young Jeezy and Rick Ross fought backstage at the taping of the BET Awards in Atlanta Saturday, triggering a wild brawl in the parking lot.

The hip-hop heavyweights — and their entourages — exchanged words and shoves inside the Atlanta Civic Center before the beef spilled outside, witnesses told the Daily News.

Atlanta cops arrived about 7 p.m. and squirted pepper spray to break up the fracas, authorities said.

There were no serious injuries reported or arrests, and despite reports to the contrary, no shots were fired, authorities said.

But witnesses described a terrifying scene.

“People were everywhere,” said a 23-year-old woman who declined to give her name. “It was scary. I left the area. You never know with these types of brawls.”

Witnesses said the scuffle broke out shortly after Ross apparently dissed Jeezy during a performance.

The 2012 BET Awards show is expected to air next month.