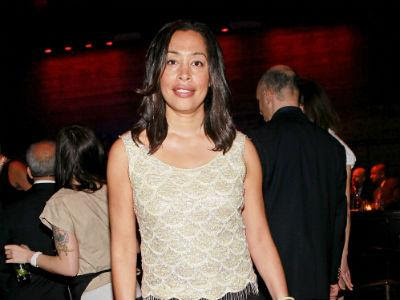 Keija Minor has been named the editor-in-chief of Brides, making her the first person of color to ever hold the title at a Condé Nast Publications (CNP) magazine.

To put it simply—Minor’s new appointment is major news.

CNP, the privately owned company that produces 18 magazines including Vogue, Glamour, Vanity Fair and GQ, has been in existence since 1909. That’s 103 years that no black editor has ever been named to the top of an editorial masthead at the company—until now. Yikes!

Minor fills the top spot at Brides that was left vacant after the announcement earlier this month that Anne Fulenwider would be leaving the title to become the new editor-in-chief of Marie Claire.

Minor’s new gig got us wondering: Are there or have there ever been any other black editor-in-chiefs at mainstream publications?

Ebony’s EIC Amy DuBois Barnett was Managing Editor (Time, Inc.’s equivalent of an EIC position) at Teen People, which made her the first African-American woman to head a mainstream consumer magazine. And she’s in good company with Newsweek’s former EIC Mark Whitaker, who was the first African-American to lead a national news magazine before becoming Executive Vice President and managing editor for CNN Worldwide.

To be fair there are special interest publications, which reach a larger spectrum of ethnicities and focus on more niche subjects like music, that have been run by an editor of color. As in the case of GIANT magazine, which was helmed by Emil Wilbekin—who is now the editor-at-large at Essence.

Minor’s experience helming a magazine is anchored in her tenure (2008 to 2011) as EIC at Uptown, a lifestyle glossy aimed at affluent African Americans. Her journey from a black publication to the pinnacle of a mainstream title is one that is commendable and will no doubt be looked at as a shining example that black editors can ascend in publishing—and particularly after spending time at a niche publication.

Although the industry is still largely homogenous, it looks like it’s moving (slowly but surely) towards reflecting the increasingly colorful makeup of the country. We just hope as time goes on brides-to-be won’t be the only ones that benefit from a more diverse point-of-view and leadership when grabbing a glossy off the newsstand.