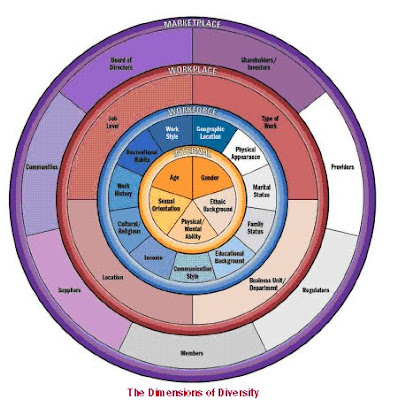 Diversity spreads to all corners of the U.S.

The number of nearly all-white communities has plummeted since 1980, dramatic evidence that the nation’s growing racial and ethnic diversity has spread far beyond large metropolitan centers into smaller towns and rural parts of the heartland, new research shows.

Communities where whites are the majority are still the norm (82.6%), but those where they dominate are gradually disappearing, according to an analysis of Census data by Penn State’s Population Research Institute. In 1980, about two-thirds of all places were at least 90% white. By 2010, only a third were. The number of places where no group is a majority has more than quintupled.

“This trend is pretty geographically pervasive, and even residents of small towns and rural areas are encountering diversity face to face,” says Barrett Lee, Penn State sociologist and demographer and lead author of the study released today. “It’s not something they just read about in the newspapers anymore.”

Places that have the most balanced mix of non-Hispanic whites, Hispanics, blacks, Asians and others are most prevalent in the West and South and other traditional immigrant magnets. Large cities and their suburbs — San Francisco; Washington, D.C.; New York; Los Angeles; Houston — have the greatest share of diversity.

“It’s really the kids who are driving all this,” says Kenneth Johnson, demographer at the University of New Hampshire’s Carsey Institute. “As population continues to age and minority child population increases, these numbers are going to go up fast.”

The impact is striking in rural areas where white populations are shrinking as young people leave and the elderly who stay die. When Hispanics and Asians move in, minority kids are born and alter the dynamics. Many rural schools have added English-as-a-second-language classes and social service agencies have hired translators.

“There are literally hundreds of American counties that would be losing population if it were not for minority growth,” Johnson says. “This diversity is bringing them young people they had been losing for a long time and new opportunities.”

Marketers have been tracking the changes through spikes in sales of ethnic food products — from soy sauce to tortillas. “Food is often an early indicator,” says Jim Lucas, executive vice president for global retail insight and strategy at Draftfcb, a Chicago advertising and marketing company.

Lucas’ firm, which works with Kikkoman, Kraft, Oreo, Nivea and Kmart among others, has witnessed the rising diversity outside of traditional immigrant centers.

Lee warns that diversity does not end segregation. People of all races can live in the same city but still in separate neighborhoods.

The Penn State research (www.s4.brown.edu/us2010/Data/Data.htm), one in a series on recent trends in American society by the US2010 Project, found that California cities dominate the list of most diverse places (Oakland, Vallejo and Suisin City). Most of the least diverse are Northeastern and Midwestern towns that are still predominantly white (Altoona, Pa.; Wheeling, W. Va.; Bangor, Maine) or in Texas cities where Hispanics dominate (Laredo, Muniz, Agua Dulce, Siesta Acres).

“Younger people who have grown up in diverse communities take this demographic profile as a given,” the report says. “But older whites who have watched the 30-year increase find themselves having to adjust their notion of ‘America’ sometimes reluctantly.”

Email ThisBlogThis!Share to TwitterShare to FacebookShare to Pinterest
Labels: diversity, diversity in advertising