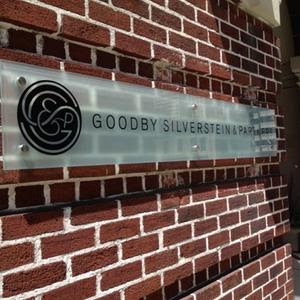 Advertising Age reported Goodby Silverstein & Partners named its first female partner in the agency’s nearly 30-year history. Guess the place has been wondering, “Where Are All The Black and Female People?”

At a time when there are still few top female creatives in adland, Goodby, Silverstein & Partners is elevating 16-year agency veteran Margaret Johnson.

The executive creative director has been named a partner at the agency. Ms. Johnson is the first female partner to be appointed in the shop’s nearly 30-year history.

Her promotion comes a few months after the agency parted ways with Jamie Barrett, who held the same role and said he plans to launch his own shop in the Bay Area.

Ms. Johnson earned an art-direction degree at the Portfolio Center in Atlanta. Her first agency job was at the small, now defunct Rhode Island agency Leonard/Monahan. When Ms. Johnson worked at the firm, however, it was known as Leonard, Monahan, Lubars & Kelly, including as partners David Lubars and Fran Kelly, now BBDO’s top creative and Arnold vice chairman, respectively. There she worked on Keds tennis shoes and Polaroid before moving on to the Richards Group in Dallas, where she focused on the gaming space. Then she got a phone call to move West to work for Goodby.

In a note to staff announcing Ms. Johnson’s promotion, co-founder Jeff Goodby wrote, “She’s collaborative, humble, and generous with her ideas and help. Her integrity is unquestioned. She fights. Believe me. But it’s because she wants the work better and her people to be protected.” And he added, jokingly, “She has children of her own, so she understands us.”

Email ThisBlogThis!Share to TwitterShare to FacebookShare to Pinterest
Labels: ad age, dearth of dames, exclusivity, goodby silverstein and partners, jeff goodby, where are all the black people?, white men