The latest installment of Where Are All The Black People? is scheduled to take place in New York City on October 3, 2012. Among the list of usual suspects and speakers is Tanner Colby, the ignorant author of Some of My Best Friends Are Black. Count on Colby to ultimately wonder, “Where Are Some Of My Best Friends?”

On the one hand, Colby probably won’t be the only culturally clueless character at the soiree, as Jeff Goodby is slated to be there too. Yet it’s hard to fathom why anyone thought Colby would be a positive influence and/or relevant figure for attendees. In his book, Colby essentially admitted to spending nine years as a digital copywriter for Ogilvy, Draftfcb and Saatchi, completely oblivious to the dearth of diversity on Madison Avenue. In fact, he also acknowledged benefiting from White privilege throughout his brief and uneventful advertising career—and he was likely oblivious to the racially-rooted perks during his professional tour through the industry as well. Remember, it wasn’t until the 2008 election of President Barack Obama that Colby realized he knew zero Blacks. Based on his writing, Colby displays all the traits of a typical White man as described by Thomas Kochman and Jean Mavrelis in Corporate Tribalism. The Kochman and Mavrelis book, incidentally, is the polar opposite of Colby’s meandering mess.

But wait, there’s more. Through his book and Advertising Age interview, Colby demonstrated a below average understanding of the issues surrounding industry inequality. Plus, he painted an unflattering portrait of minority agencies—and these agencies will surely be well represented at the affair.

Then again, perhaps Colby has made great strides in his journey towards enlightenment. Maybe he’ll show up to deliver breakthrough insight and ideas for progress. It is possible that Colby is actually championing radical change versus merely hawking his lame book.

The next chapter in Colby’s strange story of integration on Madison Avenue may be written on October 3, 2012. 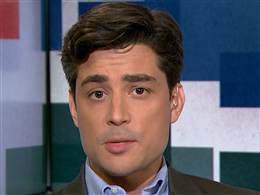 Email ThisBlogThis!Share to TwitterShare to FacebookShare to Pinterest
Labels: ad age, black advertising agencies, corporate tribalism, diversity, diversity in advertising, jeff goodby, tanner colby, the one club, where are all the black people?

OBama got mad. There isn't any change in U.s from past several years, he must be replaced.