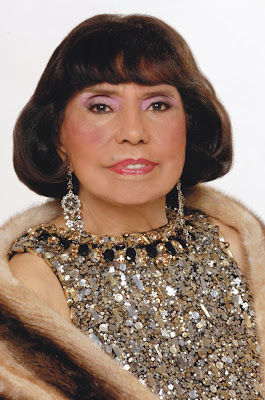 One thing a lot of people don’t know about my mother is that she actually selected the name Ebony for the magazine that she and my father founded. While my father was still in search of a name, she suggested that they reach for their roots and offered Ebony as a contender. Now, the magazine reaches millions of readers on a monthly basis. Coming up with the name was one of many smart moves made by my mother, Eunice Johnson.

Originally from Selma, Ala., she moved to Chicago and became what I would call a real steel magnolia. Her negotiation skills were very genteel and ladylike but tough. She was very smart and savvy in the way she conducted business, and this is one of the reasons she was one of the most successful businesswomen of her time.

A stickler for perfection, my mother believed in things being fair and equitable. I will never forget the time we visited a certain designer, and my mother was hoping to purchase key pieces for one of her fashion shows. She sat down with her checkbook open and was uncapping her pen to begin writing the check. She then paused and said to the designer, “I don’t think I like that price.” The designer tried to persuade my mother that the price was right, but she stuck to her guns and we left. The next thing I knew flowers, perfumes and phone calls were pouring into our hotel room—all from the designer, who was ready to give my mother a better deal!

When you came away from spending a day with Eunice Johnson, you came away with more knowledge than you had when you started. Her class, style and presence were second to none. My mother, who passed away in 2010, had an innovative, entrepreneurial spirit and because of her impeccable forward thinking, our brands—Ebony, Jet and Fashion Fair—are still revered in the African-American community. She always told me you had to strive for the best. Johnson Publishing is as relevant today as it was in 1942 when it was founded. As we move ahead, we are going to develop more into a lifestyle brand. We will evoke an Ebony lifestyle—but it will really be a Johnson lifestyle.