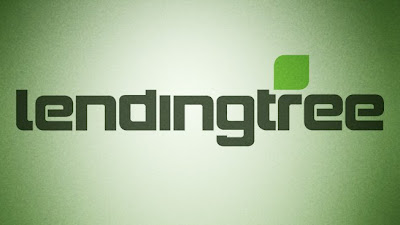 Adweek reported the fickle LendingTree selected a new AOR—Merkley + Partners in New York. The online lending service had sought a fresh agency less than a year after choosing Y&R in 2011. The latest winning shop is notorious for having failed to meet diversity goals promised to New York City’s Commission on Human Rights in 2008. So it looks like a perfect match—lenders + liars = losers.

Merkley + Partners won the pitch for LendingTree’s creative account and will break its first campaign in the spring. The New York shop outstripped two other finalists—McKinney in Durham, N.C. and Anthem Worldwide in San Francisco—to land the business.

Media spending on the brand totaled $22 million last year—a slight uptick from 2010, according to Nielsen. That figure does not include online spending, however, and Merkley’s assignment includes some digital responsibilities.

That said, LendingTree’s internal creative department of about 10-15 produces most of the company’s online ads, according to Fred Saunders, svp of marketing. LendingTree also uses outside digital shops for projects when needed.

The new shop’s first campaign will include TV, print and online ads and could launch as soon as March 2013.

In April, the online hub for bank loan offers hired Ocean Media to handle media planning and buying after a review. So, heading into the last quarter of 2012, LendingTree finally has its agency lineup set.

In hiring Merkley, Gabe Dalporto, the company’s chief marketing officer, cited a “powerful” campaign platform that the shop presented in the pitch. Marketing executives didn’t elaborate but Saunders said they were excited about the pitch idea and hoped to produce it. The company will test the idea first, however.

Merkley CEO Alex Gellert described LendingTree as an “iconic brand and a pioneer in changing how people secure financing.” The agency’s other accounts include Mercedes-Benz, Ferrero Rocher and Sun Products.

LendingTree’s three finalists emerged from a broader field of six. The review began shortly after Saunders arrived in April. Before that, he was director at account management at The Buntin Group in Nashville. Earlier in his career, Saunders was a brand director at Euro RSCG in San Francisco, where he worked on the Charles Schwab brand.