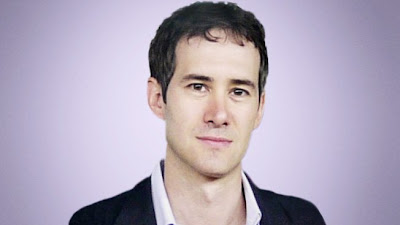 Adweek reported DDB Chicago hired a Director of Integration—a new role for the agency. Only in the advertising industry does integration have absolutely nothing to do with diversity. In fact, integration means bringing in more White men. Brilliant.

Peter McGuinness poached a trusted lieutenant from his previous agency to drive integration at the Chicago office of DDB.

Alan Snitow was director of strategy and innovation at Gotham in New York, where McGuinness was CEO from 2008 to 2011. At DDB, Snitow becomes director of integration, a new position.

The new hire is joining a leadership team that includes McGuinness, the president and CEO; chief creative officer Ewan Paterson; and chief strategy officer John Kottmann. Each has joined DDB in the past two years and collectively they steer an office of about 375 whose top accounts are McDonald’s, State Farm, Mars and Safeway.

Snitow, 36, spent more than 3½ years at Gotham, where he worked on brands such as Denny’s, Best Western and Hitachi. Before that, he was a group planning director for Ally Bank and Miller Lite at Bartle Bogle Hegarty in New York. Earlier in his career, he held account planning roles at SS+K, Deutsch and Saatchi & Saatchi.

McGuinness, who just completed his first year at the helm of Chicago, described Snitow as a “talented, competitive guy” who “brings an entrepreneurial spirit, an innovative drive and a passion for creativity in all its forms.”

Primarily, Snitow will focus on existing business. As such, he will work across all agency departments. That said, he’ll also contribute to new business pitches, according to McGuinness.

In accepting the offer, Snitow cited DDB’s leadership team, “iconic” brands and “depth of talent and resource.” He added that his goal is to “contribute to the development of a culture that celebrates the primacy of the idea and is open to exploding that idea creatively.” He starts Sept. 24.

all the very best to him for his new career :D