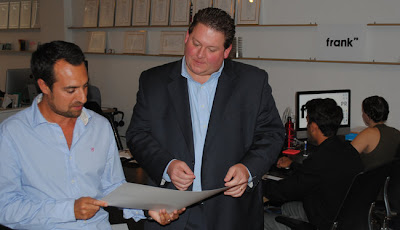 WHEN it comes to the advertising and media industries, the trans-Atlantic traffic between the United States and Britain has long been robust. Initially, the flow was West to East, but in recent years it has largely trended the other way.

That directional shift is being underlined as two firms based in London set up shop in this country. One, Frank PR, is establishing its American operation, called Frank PR USA, in New York. The other firm, Grace Blue, which specializes in finding senior executives for agencies and media companies, is opening offices in New York and on the West Coast.

The two newcomers typify a change in the expansion plans of British firms in that both are independently owned rather than units of giant holding companies. Of course, the reason may be just that by now, almost every major firm with British roots and a well-heeled parent is already in the United States.

Whatever the ownership profile of the British arrivals, the start-ups tell a story that has been heard for some time: despite the woes of the American economy, the opportunities arising from a presence in the United States outweigh the risks.

“We’re certainly entering in with caution and humility,” Andrew Bloch, the vice chairman of Frank PR who founded the British firm in 2000 with Graham Goodkind, said during an interview last week in New York. “Someone once said to me that Madison Avenue is littered with the carcasses of failed U.K. agencies, and those words have rung in my head.” 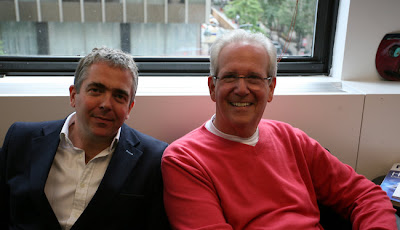