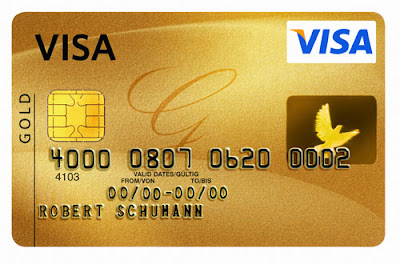 Advertising Age reported on the latest Corporate Cultural Collusion via Omnicom, this time involving the move of Visa from TBWA\Chiat\Day to BBDO. TBWA\Chiat\Day “won” the business in 2005, which was formerly being serviced by—surprise, surprise—BBDO. Plus, Visa Chief Marketing Officer Antonio Lucio spent time working for PepsiCo. The “victory” is good news for BBDO, as Procter & Gamble just announced the Gillette account is up for review. Look for TBWA\Chiat\Day to “win” that business. Or maybe Fathom Communications. Who the hell needs Michael Lee and Madam these days?

Agencies often say that even sweeter than netting a new account is the ability to win one back. Omnicom Group’s BBDO has just done that with credit-card giant Visa, which dumped it in 2005 after a 20-year relationship.

The shift means that global lead creative duties will now move from Omnicom Group sibling TBWA to BBDO, though TBWA remains on the roster. No other agency assignments related to Visa’s global marketing are impacted by the shift.

The agencies couldn’t immediately be reached for a comment, but a Visa spokesperson had this to say in a statement: “Our decision to designate BBDO as lead creative agency reflects our desire to deliver seamless communication across all channels in all markets. TBWA has provided excellent support to Visa since 2006 and will continue to support our efforts in select international markets, working closely with BBDO and other agencies in our portfolio. We intend to build on the global success of our campaign, More People Go with Visa, and to use the strength of our brand to support the growth of electronic payments worldwide.”

When BBDO lost its domestic Visa responsibilities to TBWA in late 2005, it led to Visa USA retiring its iconic tagline of two decades, “It’s Everywhere You Want to Be.” That tag was replaced with one that was meant to communicate the brand’s ability to help consumers make everyday purchases: “Life Takes Visa,” which TBWA rolled out.

Then in 2009, Visa further cemented its relationship with TBWA, consolidating global creative and strategic marketing duties at the shop following a holding-company pitch for the business. Following that move, Visa rolled out its first comprehensive global ad campaign, “More People Go with Visa,” which is expected to continue.

The move in 2009—as well as the move back to BBDO now—were both led by Antonio Lucio, who has been Visa’s global CMO since 2007 and a marketer for nearly 30 years, having earlier spent time at PepsiCo, Kraft and Procter & Gamble. The timing of the agency change is surprising given TBWA’s work this summer on Visa’s Olympic campaign, “Go World,” which saw millions of fans engaging with the brand on social media to cheer on Olympic athletes.

Visa is among the top 100 largest advertisers in the world and in the U.S., according to Ad Age’s DataCenter. In the U.S. alone it spent $487 million on advertising last year, and the global figures are much larger considering its Olympics sponsorship. Visa has been the exclusive payment card sponsor for the Olympic Games since 1986 and its current sponsorship deal runs through 2020.

The Visa shift brings a welcome boost to BBDO this week, on the heels of the news that Procter & Gamble has begun a review of its Gillette North American account. It’s a massive and important piece of business that BBDO or its predecessors have handled for nearly 80 years.

It also marks the second time this year that BBDO has sprung back quickly with a win after some rough news. In May, Bank of America announced that it would shift brand advertising to a team at WPP, but within days of that loss, Hewlett Packard said it was consolidating its creative at BBDO.