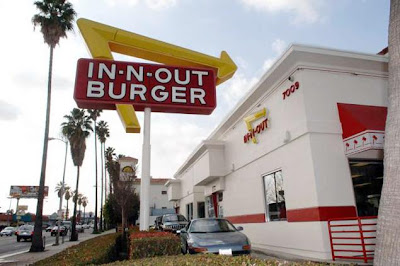 In a class action lawsuit filed this week, two Bay Area residents say that even though they were qualified candidates, the California-based fast food chain In-N-Out Burger wouldn’t offer them jobs because they are black and over 40.

In a class action lawsuit filed this week, Bay Area residents Alonzo Brown and Carlos Dubose argue that even though they were qualified candidates, the burger joint wouldn’t offer them jobs because they are black and over 40.

Brown said in the suit, filed in Alameda County Superior Court, that he had “extensive years of experience” but, like Dubose, was passed over for a store associate position in August, according to the Los Angeles Times.

In-N-Out Burger maintains “a pervasive policy of discrimination on the basis of race, color and age,” Steve Tidrick, the attorney for the plaintiffs, told Bay City News.

The fast food chain — which prints discreet references to Bible verses on its paper containers — denied these claims.

They have “have no basis in fact” and the restaurants where Brown and Dubose applied “each have a workforce that is over 23% African American,” general counsel Arnie Wensinger said in a statement.

Offering some unsolicited, anecdotal evidence against the suit, Gustavo Arellano wrote in the alternative OC Weekly that In-N-Out does not only hire “perky white girls and handsome white boys.”

“Go to the In-n-Out off Bristol and Fifth streets in Santa Ana, and all the workers are perky Chicanas and handsome caballeros,” he wrote.

Charges of discrimination aside, the Irvine, Ca.-based company has a reputation for treating the employees it does hire well, with minimum salaries at $10, well above the minimum wage in most of the Western states where it operates.