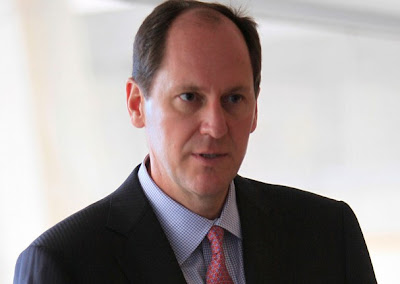 “We are sad to see John leave PepsiCo,” Ms. Nooyi said in a statement, noting that Mr. Compton joined PepsiCo as a 21-year-old at a Frito-Lay facility in Tennessee. “He is a humble and collaborative leader who cares deeply about both the business and developing talent. John is also passionate about his family, and what is particularly impressive about his decision is that he is choosing what is right for him and his family.”

Mr. Compton said: “I have deep and personal ties to Tennessee, and my family’s plan all along has been to return to Tennessee at some point. It isn’t often that the opportunity arises to run one of America’s largest private companies, and this new opportunity was a once in a lifetime chance to do so.”

Ms. Nooyi has been boosting marketing spending and started a global advertising campaign for the flagship Pepsi-Cola brand to recapture market share from Coca-Cola Co. Mr. Abdalla helped double revenue in PepsiCo’s European unit to about $14 billion in his time as CEO and will now oversee the global beverages, snacks and nutrition groups along with operations, marketing and strategy, PepsiCo said.

Mr. Compton is leaving just six months after being promoted to the newly created position of president, a role whose responsibilities include overseeing global category groups for snacks, beverages and nutrition.

Jack Russo, an analyst for Edward Jones, said he “would not read too much into” Mr. Compton’s departure. It “sounds like an opportunity for John to head back home,” he said. PepsiCo “has a deep management bench so they will keep on going.”

Mr. Guimaraes came to Pepsi last year from Electrolux AB, where he headed the company’s European appliance business. He will be based in Geneva, while Mr. Abdalla will work from PepsiCo headquarters in Purchase, N.Y. PepsiCo said it would name Mr. Guimaraes’ successor at the global nutrition group shortly. Mr. Abdalla and Mr. Guimaraes will report to Ms. Nooyi.