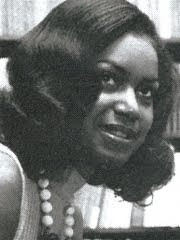 Advertising Age spotlighted the 100 Most Influential Women in Advertising. Highlights included Caroline Jones among the Innovators.

As one of the most successful African-American women in advertising, Caroline Jones left an indelible mark on adland. In addition to being the first black woman creative director at J. Walter Thompson—where she worked her way up from secretary and copywriter posts—Ms. Jones held executive positions at BBDO and other general-market agencies. Later she launched and co-founded several well-respected specialty shops, including Caroline Jones Inc., where she was president at the time of her death at age 59 in 2001. Some of her biggest clients included McDonald’s, American Express, Anheuser-Busch and Kentucky Fried Chicken, which took Ms. Jones’ “We Do Chicken Right” campaign and adopted it as its general-market slogan. “Her importance in the industry was not fully understood,” ad exec Ted Pettus old Ad Age near the time of Ms. Jones’ death. “There are all too few role models for African-American men and women in this business, and Caroline was one of them.” 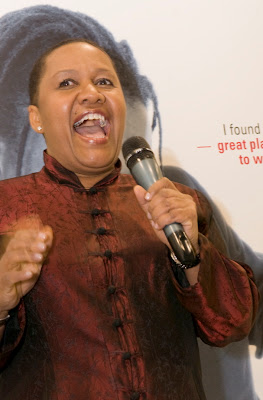 Pam El, VP-marketing and advertising for State Farm, has kept the nation’s-largest auto insurer at the forefront of an ultra-competitive category with massive ad spending and contemporary marketing.

“Like a Good Neighbor” is now “Get to a Better State,” while the insurer’s familiar red three-oval logo was revamped to remove “auto, fire, life,” emphasizing aggressive moves into other services such as State Farm Bank. It was the company’s first logo refresh in nearly 60 years.

Ms. El joined State Farm in 2002 after stints at the Martin Agency, US West and Terabeam. Her outside initiatives include serving on the board of the Women’s Basketball Hall of Fame. At State Farm, she encourages teamwork, including among the marketer’s various agencies. “They can’t have my back if they are at each other,” she said at an industry conference a couple years ago. 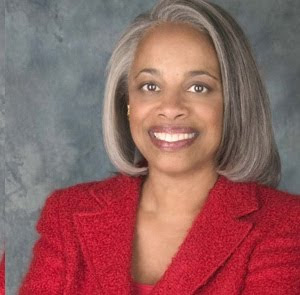 In a lengthy mid-1990s profile about her glass-ceiling-breaking ability, Ann Fudge cited the race riots she lived through following Rev. Dr. Martin Luther King Jr.’s assassination as a transformative experience. “They made me incredibly determined,” she told The New York Times.

“I wanted to do something that black people hadn’t done before.” General Mills and Kraft Foods (she was president of Maxwell House at the latter) she did just that at Y&R, becoming CEO at one of the largest agencies in the business—a rarity for a black female. While she was unable to stem account losses at the agency and retired three years later in 2006, her appointment is seen as a watershed for adland. She also served as a member of President Obama’s National Commission on Fiscal Responsibility and Reform. 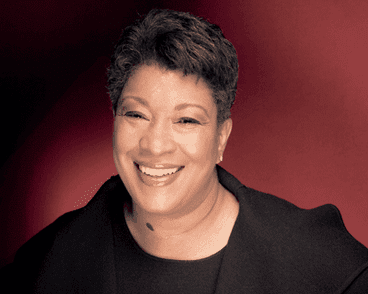 One of the most prominent female and African-American executives in the advertising and marketing industries, Renetta McCann started her career in 1978 at Leo Burnett. She rose steadily through the ranks to become global CEO of Starcom MediaVest, the giant Publicis Groupe-owned media-investment arm, in 2005. Ms. McCann was always a multitasker: She won and led the Sony Consumer Electronics business in 1991 at Starcom while also becoming a mother. She juggled diaper-changing with media plans for 28 separate Sony product lines.

“When you’re in a meeting with Renetta she’s always thinking three meetings ahead,” Dan Albert, then exec VP-chief media strategist for Starcom USA, told Ad Age in a 2001 interview. “You have to be on your guard.”

And now it is potential hires who will need be on their guard: Ms. McCann emerged from a consulting post to rejoin Leo Burnett this month as chief talent officer.